Yesterday, in a ceremony held in Sitges, during the 47th edition of the International Fantastic Film Festival of Catalonia, the winner of the Premio Minotauro, the International Science Fiction and Fantasy Literature Award, has been announced. The jury of the 11th edition of Premio Minotauro, formed by Adrián Guerra (producer), Ángel Sala (the director of the Sitges Film Festival), Marcela Serras (editorial director of Minotauro), Javier Sierra (writer) and Carlos Sisí (writer and winner of the 2013 Premio Minotauro), elected from a total of 450 manuscripts Carlos Molinero’s novel, “Verano de Miedo” (Summer of Fear), as the winner (submitted under the false title “Hermana Noche” (Sister Night), signed with the pseudonym Morgenstern). As usual, besides the prize of 10,000 euros received by the winner, the novel will be published by Ediciones Minotauro and it is due to be released on 28th October. 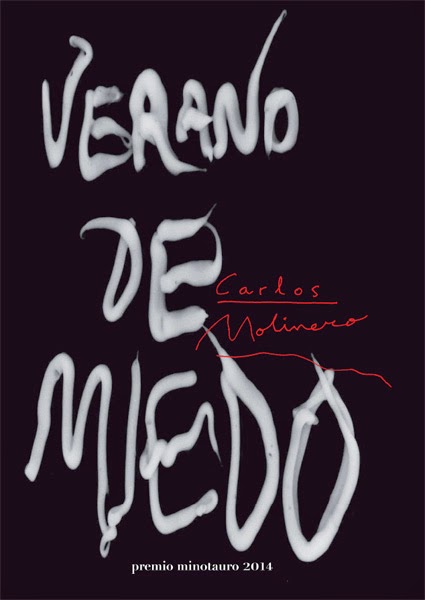 When his mother announces him that he’ll spend the summer melting his vacation in Vega Alta, the village of his grandmother, the first thought that passes through Juan’s mind is that he is going to die of boredom. But the construction of some villas in the outskirts of the village unearths a blood thirsty creature that from this point forward makes boredom impossible. Dying is another matter.

Juan faces the threat of the vampire together with Eva, an obese Goth girl, and Jairo, a former child lay brother of San Ildefonso. Against his inferior conditions he decides to use information as weapon, so he starts to write on his blog all the terrible things that are happening in Vega Alta. With only this he gets someone’s attention: the risen vampire who has a hard to imagine plan for Vega Alta…

“Summer of Fear” is not only a quick and refreshing novel, but also a homage of the classics of horror and of those summers, bloody or not, that change our lives.

Carlos Molinero won in 2002, together with Lola Salvador, Clara Pérez Escrivá and Jorge Juan Martínez, the Goya Award for the best adapted screenplay for “Salvajes” (Savages), based on the homonym theatre play. In 2007 he directed, together with Lola Salvador, the documentary “La niebla de las palmeras” (The Mist in the Palm Trees). He wrote screenplays for TV series such as “Querido maestro” (Dear Teacher), “Paco y Veva” (Paco and Veva), “El comisario” (The Deputy), “La fuga” (The Escape), “Cuéntame” (Tell Me) or “Alatriste” (Alatriste). He is also the author of various short plays, in addition to “Verónica”, a piece of spiritualistic horror. (bio presented by Fantasymundo)

Congratulations!
Posted by Mihai A. at 4:05 PM