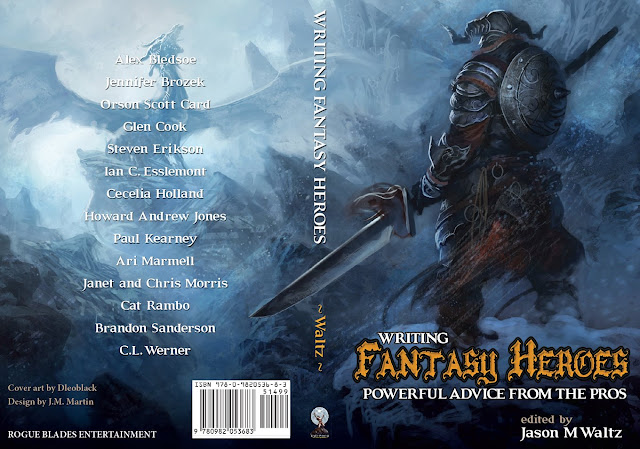 Sometimes, it is easy to forget that the publishing industry is a business and like any business it is very difficult to survive without a profit. This particular and important side of publishing becomes more poignant in the case of small presses. The independent small publishing houses are doing a tremendous job in promoting wonderful and original fiction, but without a profit they would have a nigh-on-impossible chance of surviving. Unless the owner of such a small press is in Forbes top 500 billionaires, in which case profit might not be the prime concern. One of the small houses I was sad to see having an extremely tough time is Rogue Blades Entertainment. The three anthologies of short fiction published by Rogue Blades Entertainment, “Return of the Sword”, “Rage of the Behemoth” and “Demons”, brought back to life and to a new dimension the sword-and-sorcery sub-genre. The adventurous and catchy stories of heroics published by Rogue Blades Entertainment offered not only action filled tales, but also character driven fiction. Unfortunately, the publishing house didn’t do well on the market and although Rogue Blades Entertainment didn’t die it entered in a stagnant stage.

However, after three years of standing still Rogue Blades Entertainment released a new title, a non-fiction volume edited by Jason M. Waltz, “Writing Fantasy Heroes: Powerful Advice from the Pros”. When it comes to fantasy I am fascinated by world-building and story, but as a reader the most important elements for me in a book, indifferent of genre, are the characters. And if a book has powerful, well-constructed characters I can more easily overcome certain shortcomings of the respective volume. “Writing Fantasy Heroes: Powerful Advice from the Pros” can come in handy for the aspiring writers, but it is also an opportunity for the readers to take a glimpse in the backstage of the character creation. Sword and sorcery is not renowned for the emphasis on the characters, but done right it can show a side that can enhance the appeal of this sub-genre. With a foreword by Steven Erikson, this non-fiction collection gathers some important names of fantasy fiction, such as Cecilia Holland, Glen Cook, Ian C. Esslemont, Brandon Sanderson, Paul Kearney, Ari Marmell, C.L. Werner or Howard Andrew Jones, in an attempt to throw a light on the technique and process of creating fantasy heroes and heroics.

Where are your heroes? Are they trapped inside the stories in your head, eager to burst free? Are you ready to share them, to brag of them, to tell of their deeds and battles, their daring and sacrifice? Are you a storyteller ready to write the tales of your own heroes?
Fantasy heroes endure. They are embedded in our cultural fabric, dwarfing other literary figures and the mere men and women of history. Achilles and Odysseus, Gilgamesh and Beowulf. King Arthur and Robin Hood, Macbeth and Sherlock Holmes, Conan and Luke Skywalker. They dominate our legends, and tower over popular culture.
The stories we tell each other begin and end with fantasy heroes, and the 21st Century is as thoroughly captivated with them as ever. From Batman to Gandalf, Harry Potter to Tyrion Lannister, the heroes of fantasy speak to—and for—whole generations.
But what makes a fantasy hero? How do the best writers create them, and bring them to life on the page? In WRITING FANTASY HEROES some of the most successful fantasy writers of our time—including Steven Erikson, Brandon Sanderson, Janet Morris, Cecelia Holland, Orson Scott Card, and Glen Cook—pull back the curtain to reveal the secrets of creating heroes that live and breathe, and steal readers' hearts.
Whether you're an aspiring writer or simply a reader who loves great fantasy and strong characters, this book is for you.

“Foreword” by Steven Erikson
“The Hero in Your Blood” by Janet Morris and Chris Morris
“The Heroic Will” by Cecilia Holland
“Taking a Stab at Writing Sword and Sorcery” by Ian C. Esslemont
“Writing Cinematic Fight Scenes” by Brandon Sanderson
“Watching from the Sidelines” by Cat Rambo
“Man Up: Making Your Hero an Adult” by Alex Bledsoe
“Two Sought Adventure” by Howard Andrew Jones
“Monsters – Giving the Devils their Due” by C.L. Werner
“NPCs are People Too” by Jennifer Brozek
“Tropes of the Trade” by Ari Marmell
“So You Want to Fight a War” by Paul Kearney
“Shit Happens in the Creation of Story” by Glen Cook
“The Reluctant Hero” by Orson Scott Card
“Afterword” by Jason M. Waltz

I am happy to see Rogue Blades Entertainment coming out of hibernation, making a tremendous effort with a non-fiction collection, but with an interesting subject and a wonderful cover artwork. My hope is that Rogue Blades Entertainment would not enter in hiatus again, would bring us new titles in the future, at least at the level of its previous ones, and eventually thrive.
Posted by Mihai A. at 1:30 PM