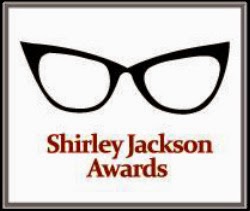 I guess that every award, more or less, can stir debate and controversy, but since those tend most of the times to be subjective I try to stay away from them as much as possible. It doesn’t mean that I claim full objectivity, far from me this thought, but I aim to channel my time and energy toward the awards that broaden and influence my reading habit and did that over time in a satisfactory manner. The Shirley Jackson Awards are one of such prizes I respect the most. In its 7 years of existence I discovered a series of wonderful books with the help of the Shirley Jackson Awards while at the same time I was delighted to see some of the books I enjoyed winning in a certain edition. It is no different this year, I found a couple of titles in this year’s list of nominees that escaped my attention so far and a few others that I would love to see lifting this trophy. If they do remains to be seen on July, 13th when the winners of the 2013 Shirley Jackson Awards are announced in a ceremony held during Readercon 25 in Burlington, Massachusetts.

NOVELLA:
“Burning Girls” by Veronica Schanoes (Tor.com)
“Children of No One” by Nicole Cushing (DarkFuse)
“Helen’s Story” by Rosanne Rabinowitz (PS Publishing)
“It Sustains” by Mark Morris (Earthling Publications)
“The Gateway” by Nina Allan (Stardust, PS Publishing)
“The Last Revelation of Gla’aki” by Ramsey Campbell (PS Publishing)
“Whom the Gods Would Destroy” by Brian Hodge (DarkFuse)

SINGLE-AUTHOR COLLECTION:
“Before and Afterlives” by Christopher Barzak (Lethe Press)
“Everything You Need” by Michael Marshall Smith (Earthling Publications)
“In Search of and Others” by Will Ludwigsen (Lethe Press)
“North American Lake Monsters” by Nathan Ballingrud (Small Beer Press)
“The Story Until Now” by Kit Reed (Wesleyan)

Congratulations and good luck to all the nominees!
Posted by Mihai A. at 1:20 PM

So which ones impressed you the most?

My favorite at the moment has to be the Shirley Jackson Awards. It is the one that surprised the most over the time and offered me some very interesting readings. :)