I’ve talked extensively of my regret in failing to properly review the little gem of a novel written by Mike, Linda and Louise Carey, “The Steel Seraglio”, or “The City of Steel and Silk” as it was published in the UK by Gollancz. I also promised myself a couple of times, without the desired outcome, at least one more re-reading session, not only for reviewing purposes but also for enjoying again a novel that I consider to be one of the best examples of how fantasy can bring something fresh and original to the table. I will do my best however to review the upcoming novel of this wonderful trio, “The House of War and Witness”, there is not a single doubt that it will end up not being read. If not by the time it is released in the UK, June 19th, then until November, when Chizine Publications’ edition is out, for certain. Plenty of time until then though to admire the cover Erik Mohr, one of Chizine Publications’ prolific artists, put together. And we certainly have another of the moody and intriguing covers Chizine Publications used us with. I admit that since the synopsis hints of a haunted house I would have liked to see that represented somehow on the cover, but although personally I don’t consider it perfect because of this, it’s still a very good one. Erik Mohr’s artwork suggests a whiff of the epoch when the story takes place, it refers successfully to the haunting part in a subtle and unsettling way, while that look from the corner of the eye that character sends our way is certain to rip any comfortable feeling I might have left. I also like that Chizine Publications kept the same line and design for the both covers of Mike, Linda and Louise Carey’s novels, as Gollancz did in its turn. By the looks of them I am very tempted by the thought of having all four editions of “The Steel Seraglio”/“The City of Steel and Silk” and “The House of War and Witness” on my bookshelves. 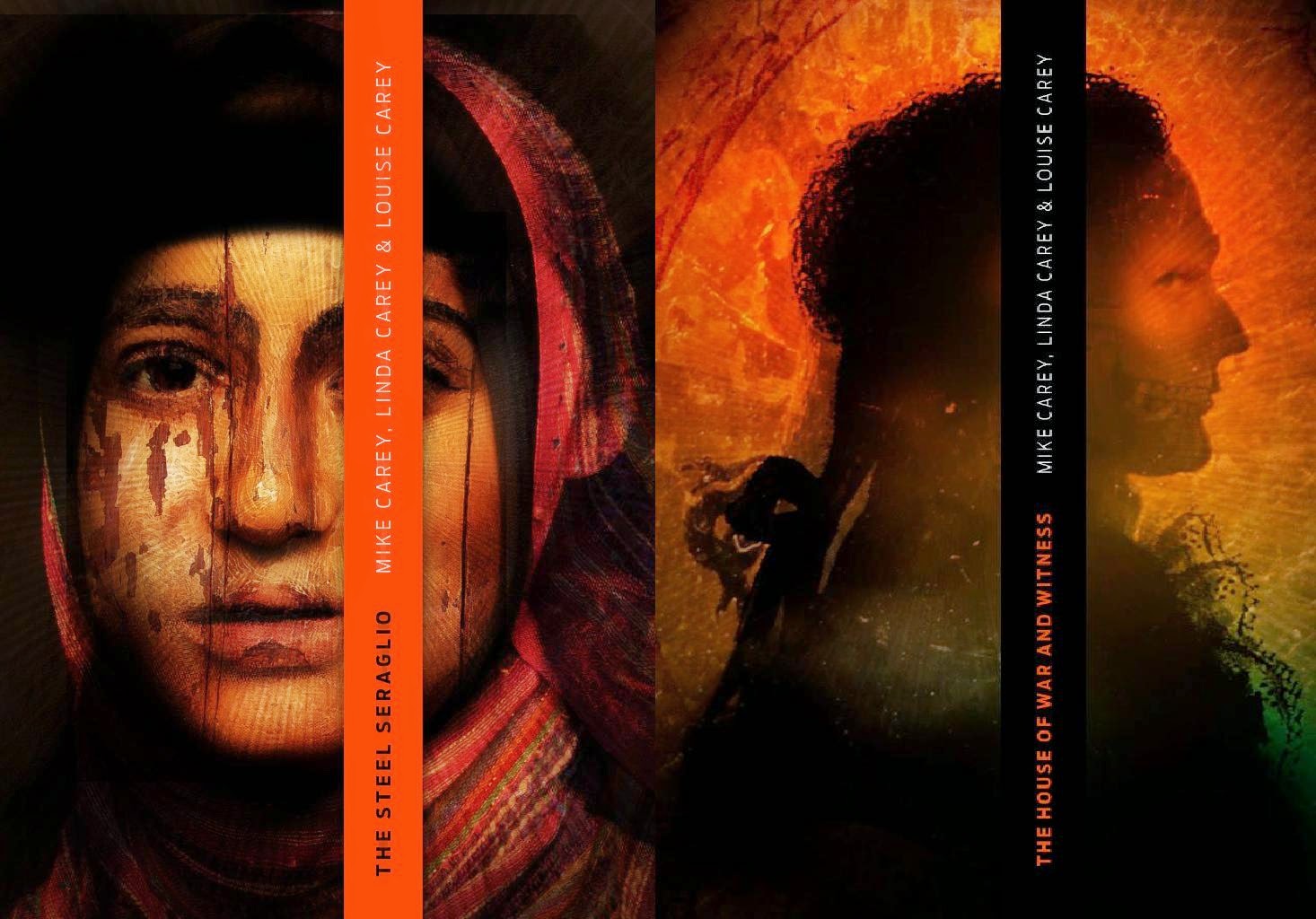 Battle-hardened soldiers, a village with secrets and the lost souls of a timeless house collide in this stunning historical fantasy from the acclaimed authors of THE CITY OF SILK AND STEEL.
When a company of Austrian soldiers is sent to the village of Narutsin to defend the border, they find the previous garrison gone, the great house of Pokoj a dilapidated ruin, and the villagers sullen, secretive and belligerent. Convinced the villagers are keeping secrets - and possibly consorting with the Prussians - the commanding officer orders his junior lieutenant, Klaes, to investigate.
While Klaes sifts through the villagers' truths, half-truths and lies, Drozde, the quartermaster's woman, is making uncomfortable discoveries of her own - about her protector, about Pokoj and about herself. Quick-witted and sharp-tongued, Drozde is popular throughout the camp for her salacious and entertaining puppet shows. All her life, she has been in control, but as Narutsin gives up its secrets, it becomes clear to Drozde that she dances on Fate's strings as helplessly as anyone else.
The Soldiers of the empress and the villagers of Narutsin are about to find themselves actors in a story that has been unfolding for centuries. It will end in blood - that much is written - but how much blood will depend on Klaes' honour, Drozde's skill and courage, and the fact that the great house of Pokoj is not nearly as empty as it seems...
Posted by Mihai A. at 3:40 PM

Do a mini review of all three then summarize the whole series. Kinda like what I do but all in one post.

(Just a thought... not all of my random ideas are good ones.)

I thought of that too, but I must say that I would love to give "The Steel Seraglio" an extended review. Hopefully that would happen at one point in time. :)