Since revealing his secret identity K.J. Parker is hard at work in bringing more of his excellent fiction. This year saw the publication of two novels, one in limited edition, “Savages”, and one in a serialization ongoing still, “The Two of Swords”, plus the recently released novella “The Last Witness”. But this is not all, there are more such K.J. Parker goodies looming on the horizon with two other novellas scheduled to be released next year. “The Devil You Know” comes from Tor.com on March 2016 while “Downfall of the Gods” is published by Subterranean Press on April 2016 and I must admit that both sound as exciting and promising as I was used to expect from the pen of K.J. Parker. For certain, next spring I’ll be digging deep within the pages of these two novellas. 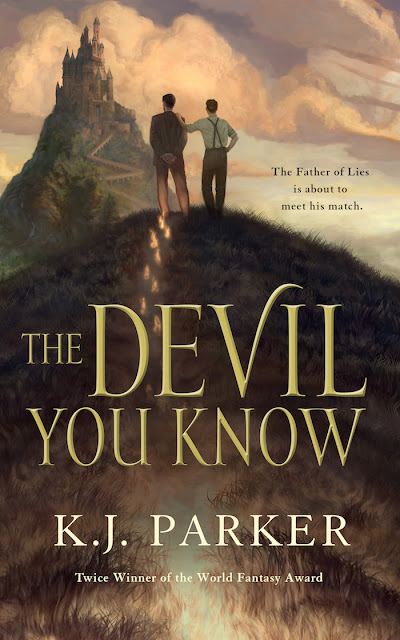 The greatest philosopher of all time is offering to sell his soul to the Devil. All he wants is twenty more years to complete his life’s work. After that, he really doesn’t care.
But the assistant demon assigned to the case has his suspicions, because the philosopher is Saloninus–the greatest philosopher, yes, but also the greatest liar, trickster and cheat the world has yet known; the sort of man even the Father of Lies can’t trust.
He’s almost certainly up to something; but what? 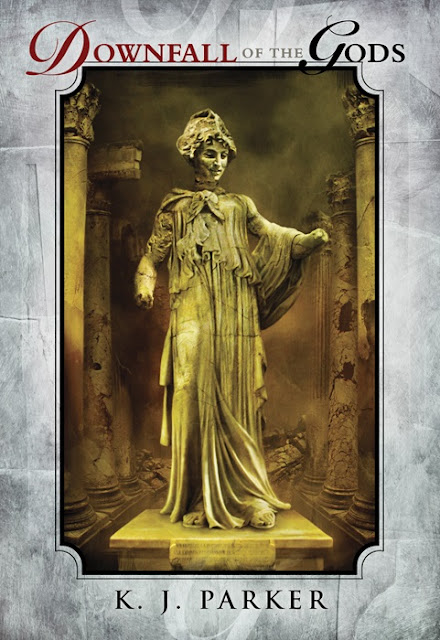 If you visit the Temple and ask nicely for forgiveness, you might get it—assuming you aren’t Lord Archias and you haven’t killed the Goddess’s favorite musician, Lysippus. But even goddesses are expected to follow certain rules, and as much as she wants to punish Lord Archias it seems her troublesome, all-powerful father forbids it. So the Goddess will just have to get around that by forgiving Lord Archias if he can manage some simple—or, rather, seemingly impossible—tasks. A Goddess has to do what a goddess has to do.
And in World Fantasy Award winner K.J. Parker’s sharply inventive new novella Downfall of the Gods that means everything from soothing supernatural egos to accompanying the argumentative Lord Archias on an epic quest to save his soul…and get her own way. As the Goddess and her mortal charge make their way across the world to the Land of the Dead, a host of divine surprises await them. Could what they find at the end be the downfall of the gods themselves? Only time will tell. This is a story Parker fans won’t want to miss.
Posted by Mihai A. at 1:15 PM

Savages is now available widely as an ebook and it is (so far and likely to stay there) my #1 novel of the year and one of my big time Kj parker favorites (alongside Sharps, Purple and Black, The Scavenger series, the first and second Engineer novels, The Hammer...)

Two of Swords is also awesome - I get and read every installment usually the night it's out - though even now after 9 parts (and over 500 pages total) it is really not clear where it is going and what is really about, except in vague hints - there are 9 main character-cards (there are mystic Tarot like cards around which the action revolves) and each but the 9th (who was quite a surprise, though 8 was a bit of a shock too as we saw him earlier without any inkling...) is the pov of parts 1-8 (which have the respective title cards, while the two of swords has not yet been seen), while 9 goes back to the character from 3 (card - Poverty, a very important face card) who also appeared in 2 and 6 and is the most intriguing one to a large extent

Last Witness was good too, but more in the Blue and Gold vein (unreliable, unlikable, multiple malefactor narrator one of whose earlier mis-deeds will come back to haunt him...) and I liked Maps, Bird, Room (the other similar first person unreliable narrator etc etc) somewhat better

What i would really like is a sequel to Savages as it definitely begs one...

I am still behind with some of my readings, work was a bit too demanding lately. But I do love K.J. Parker's books a lot, so I am certain I'll catch up with them soon. Including the Engineer trilogy which I was able to read thus far.
I like the unreliable, unlikable characters of K.J. Parker a lot, therefore I am even more intrigued by "The Last Witness" now. Plus I always love a good twist to the devil stories and by the looks of it "The Devil You Know" has just that.