Most of the marketing quotes we see on the book covers leave me cold, unless there are among the few that tend to throw me into disbelief. I understand their existence and the mechanism behind them, but they still don’t have much effect on me. Adam Nevill’s books have a cover facelift for the upcoming re-releases of his novels and all these new editions quote The Guardian in naming Adam Nevill “Britain’s answer to Stephen King”. Well, that is one marketing quote that leaves me cold, dead cold. Because I tend to like writers for their individual work and originality rather than the comparison or competition with another author. I love Stephen King and I love Adam Nevill and each of them has a special place in my preferences independent of each other. Other than that I am thrilled to see the book covers for the new editions of Adam Nevill’s novels, all with such a simple but effective design and following the same basic line, started with his latest release “House of Small Shadows”, for a maximum effect when they’re together. As a matter of fact, I like these covers so much that I am already thinking of acquiring these new editions for my personal library although I already have all of Adam Nevill’s novels on my bookshelves. 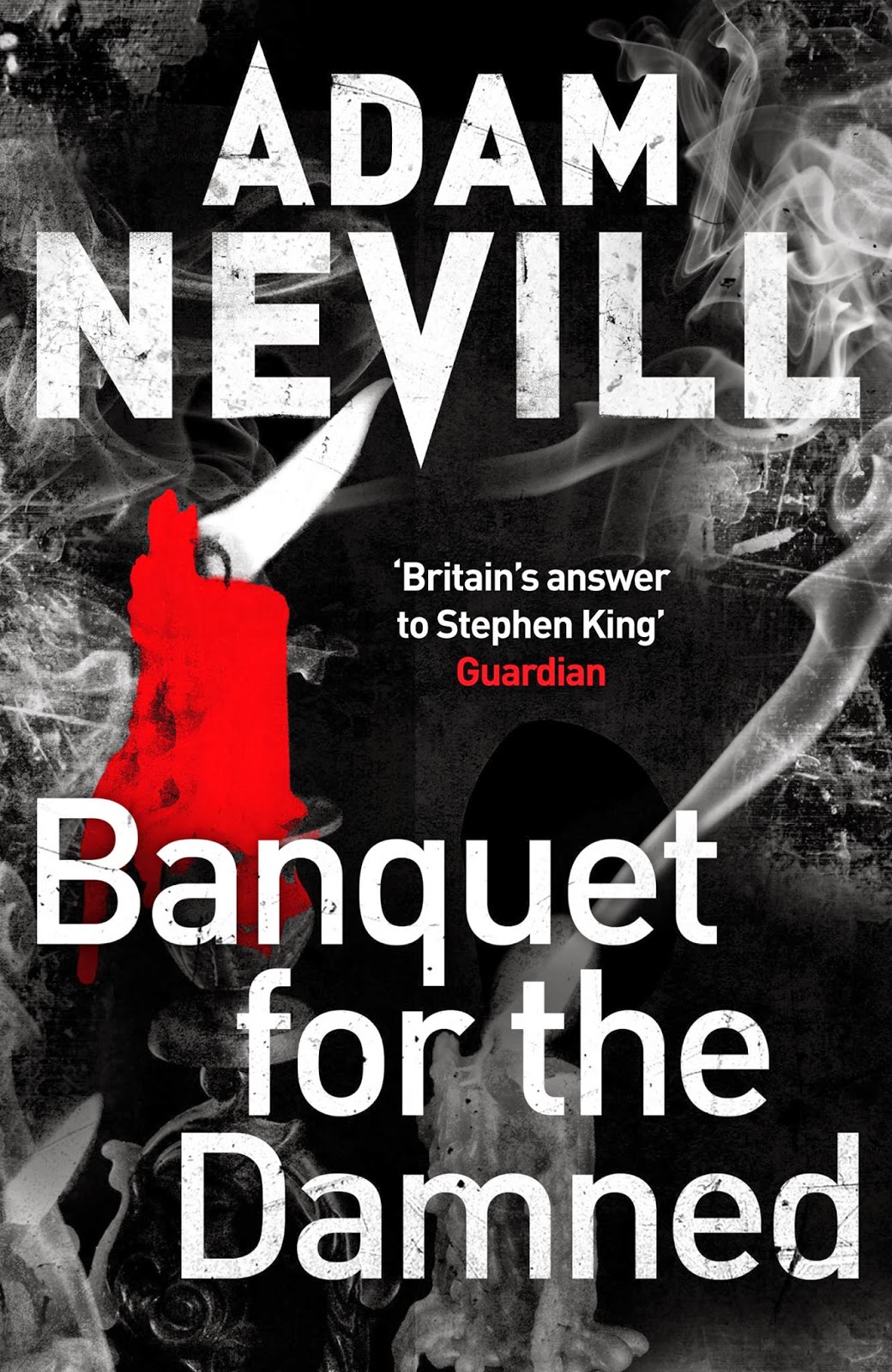 Few believed Professor Coldwell could commune with spirits. But in Scotland’s oldest university town something has passed from darkness into light. Now, the young are being haunted by night terrors and those who are visited disappear.
This is certainly not a place for outsiders, especially at night. So what chance do a rootless musician and burned out explorer have of surviving their entanglement with an ageless supernatural evil and the ruthless cult that worships it?
This chilling occult thriller is both an homage to the great age of British ghost stories and a pacy modern tale of diabolism and witchcraft. 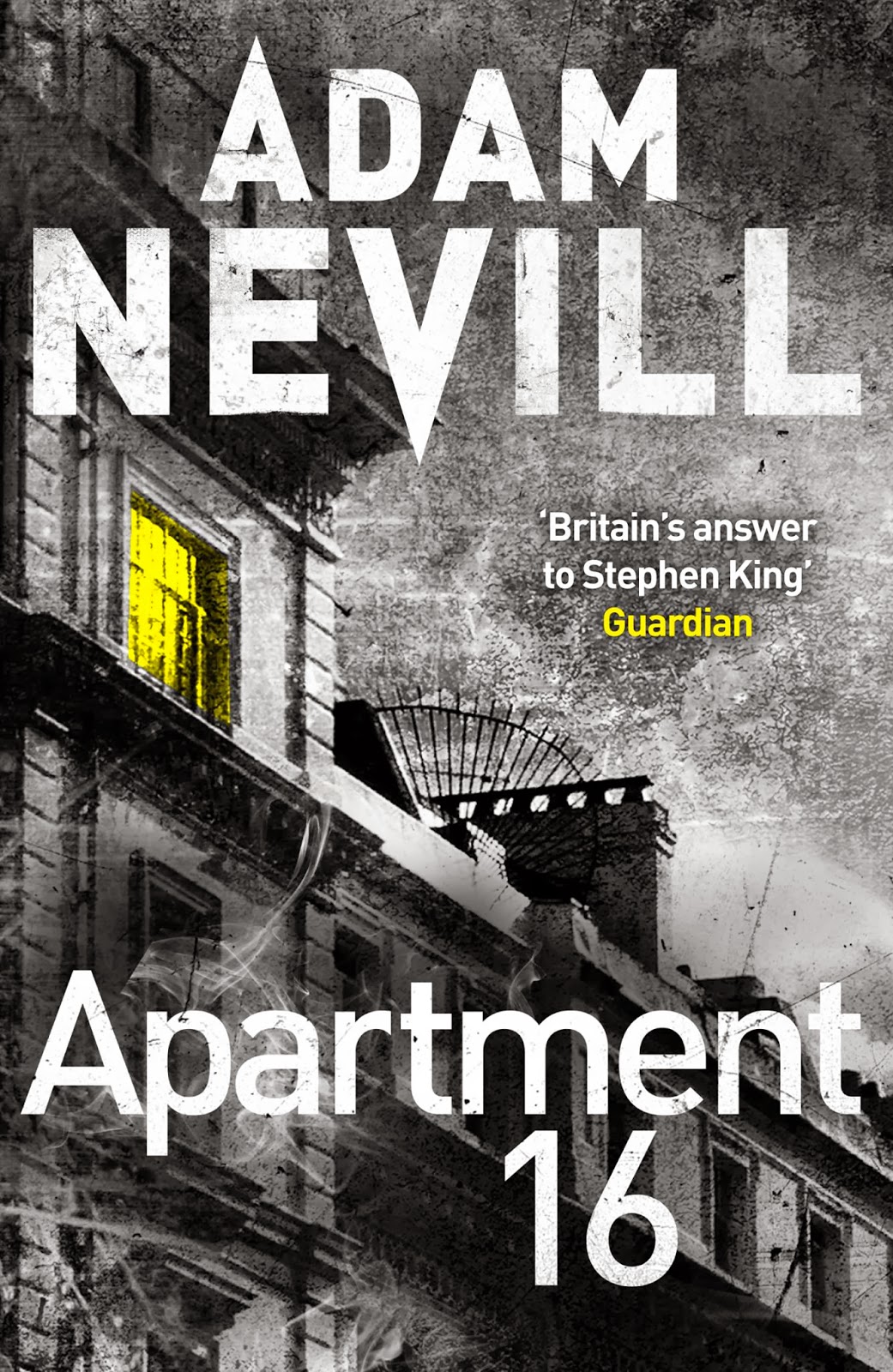 Some doors are better left closed . . .
In Barrington House, an upmarket block in London, there is an empty apartment. No one goes in, no one comes out. And it’s been that way for fifty years. Until the night watchman hears a disturbance after midnight and investigates. What he experiences is enough to change his life forever.
A young American woman, Apryl, arrives at Barrington House. She’s been left an apartment by her mysterious Great Aunt Lillian who died in strange circumstances. Rumours claim Lillian was mad. But her diary suggests she was implicated in a horrific and inexplicable event decades ago.
Determined to learn something of this eccentric woman, Apryl begins to unravel the hidden story of Barrington House. She discovers that a transforming, evil force still inhabits the building. And the doorway to Apartment 16 is a gateway to something altogether more terrifying . . . 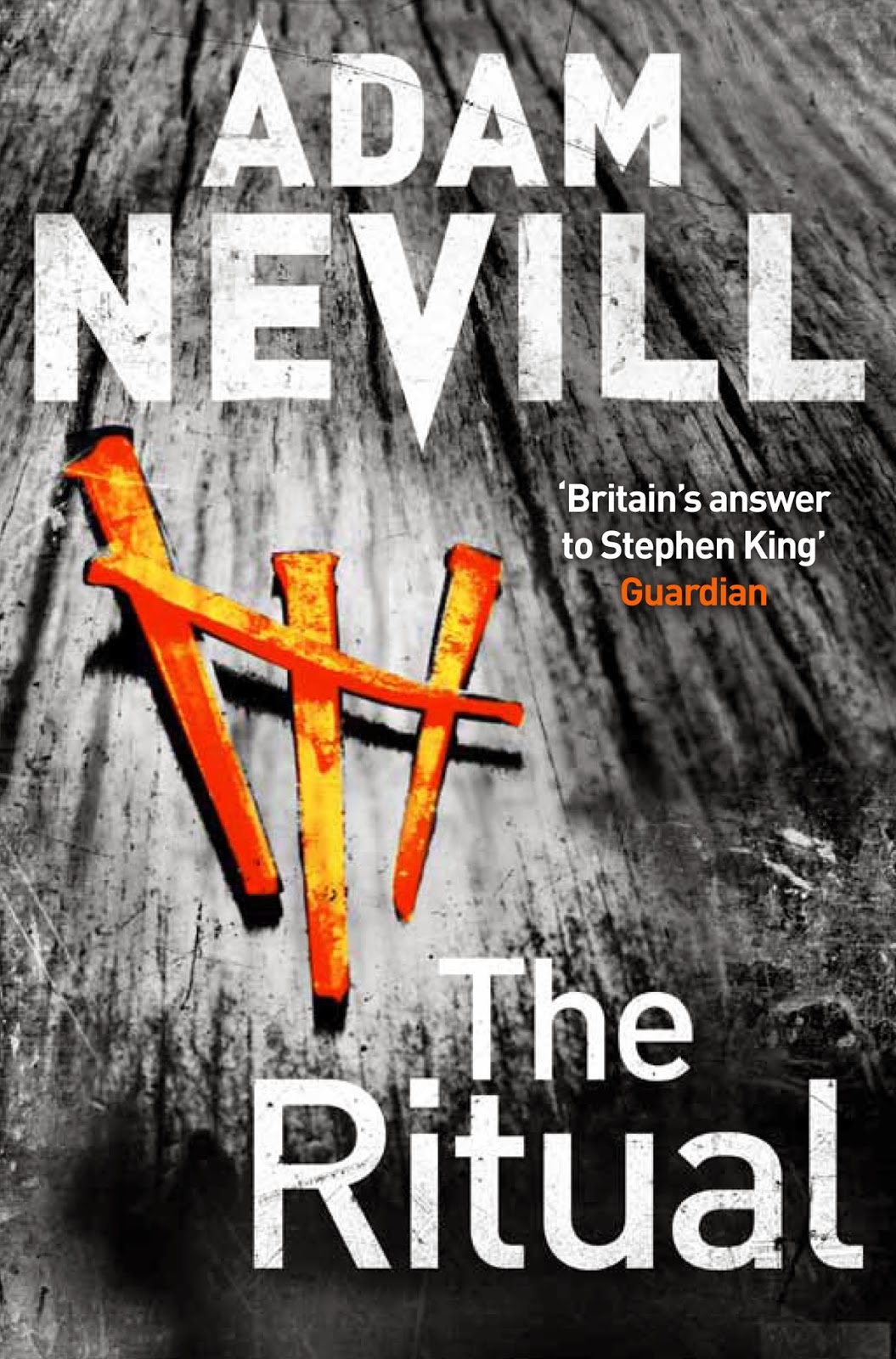 It was the dead thing they found hanging from a tree that changed the trip beyond recognition.
When four old University friends set off into the Scandinavian wilderness of the Arctic Circle, they aim to briefly escape the problems of their lives and reconnect. But when Luke, the only man still single and living a precarious existence, finds he has little left in common with his well-heeled friends, tensions rise.
A shortcut meant to ease their hike turns into a nightmare scenario that could cost them their lives. Lost, hungry, and surrounded by forest untouched for millennia, things couldn’t possibly get any worse.
But then they stumble across an old habitation. Ancient artefacts decorate the walls and there are bones scattered upon the floors. The residue of old rites for something that still exists in the forest. Something responsible for the bestial presence that follows their every step. And as the four friends stagger in the direction of salvation, they learn that death doesn’t come easy among these ancient trees . . . 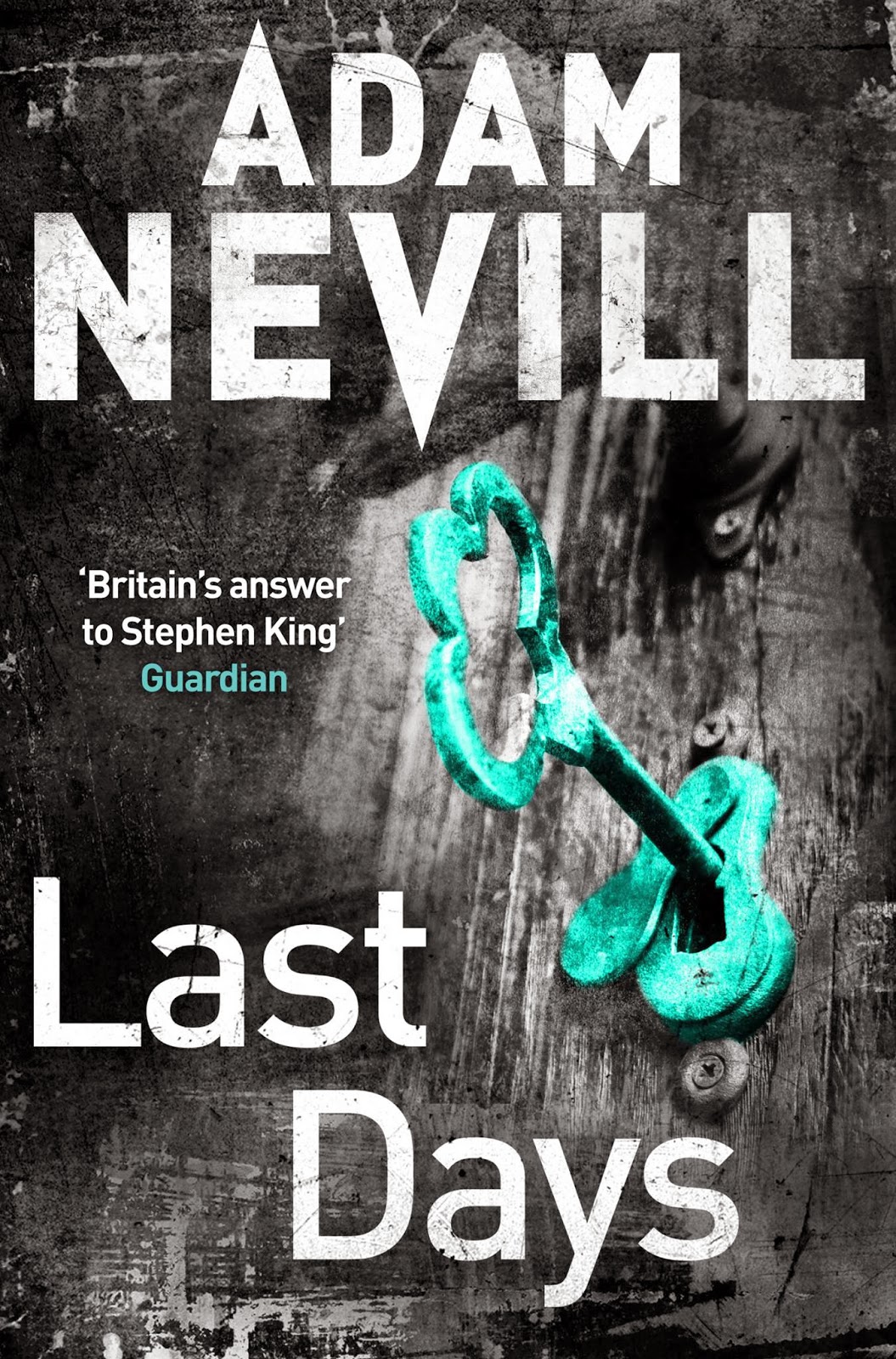 Some secrets refuse to stay buried . . .
Indie filmmaker Kyle Freeman is a man at the end of his tether. He faces bankruptcy and obscurity, until he lands a commission to make an unusual documentary. The Temple of the Last Days was a notorious cult, which reached its bloody endgame in the Arizona desert in 1975. Ever since, the group’s rumoured mystical secrets and paranormal experiences have lain concealed behind a history of murder, sexual deviancy and imprisonment.
Kyle and his one-man crew film the cult’s original bases in London and France – finally visiting the desert crime scene where the cult self-destructed in a night of ritualistic violence. But when Kyle interviews survivors, uncanny events plague his shoots. Frightening out-of-body experiences and nocturnal visitations follow, along with the discovery of ghastly artefacts. Until Kyle realises, too late, that they’ve become entangled in the cult’s hideous legacy. 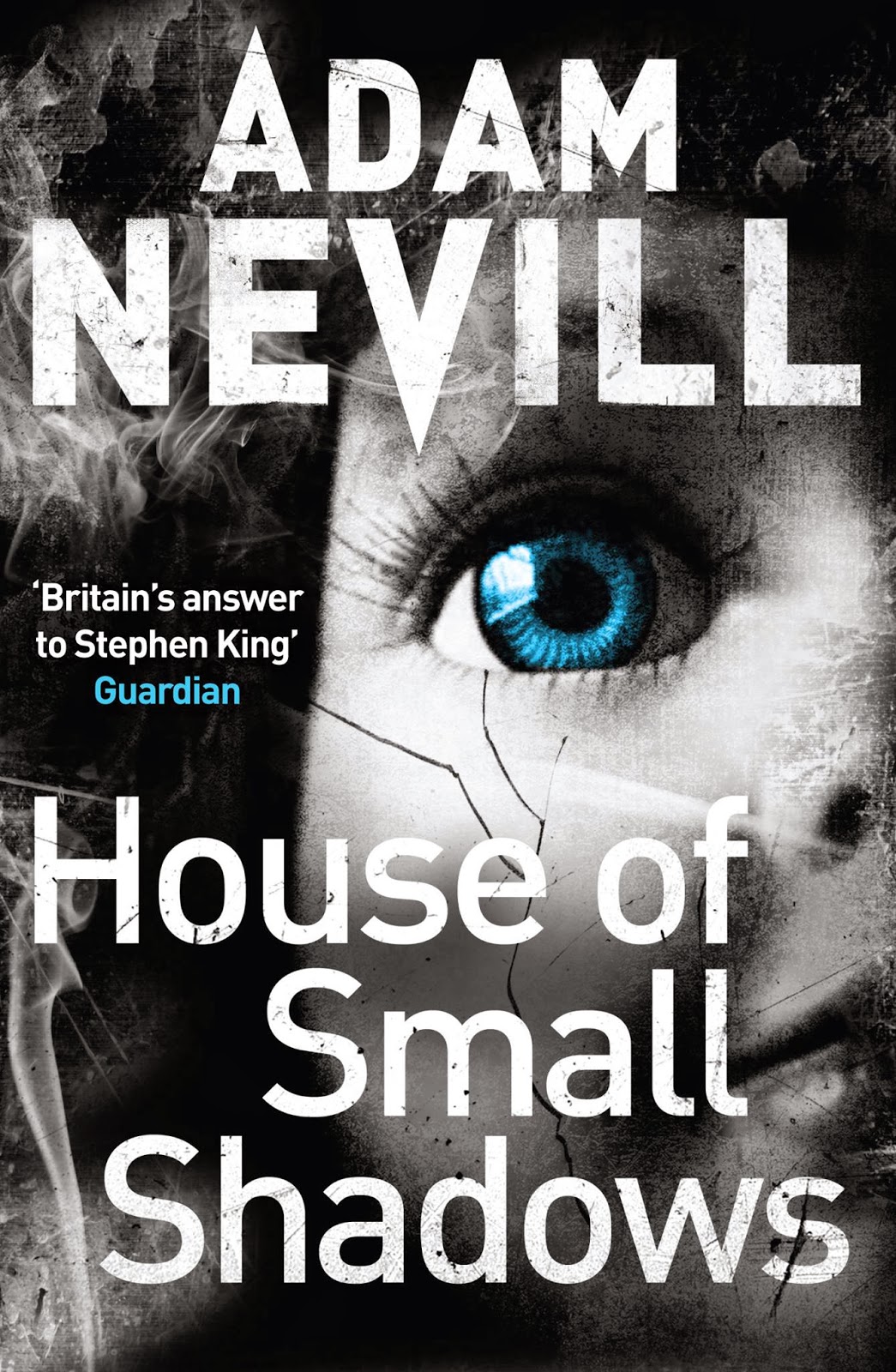 They watch you while you sleep . . .
The Red House: home to the damaged genius of the late M. H. Mason, master taxidermist and puppeteer, where he lived and created some of his most disturbing works. The building and its treasure trove of antiques is long forgotten, but the time has come for his creations to rise from the darkness.
Catherine Howard can’t believe her luck when she’s invited to value the contents of the house. When she first sees the elaborate displays of posed, costumed and preserved animals and macabre puppets, she’s both thrilled and terrified. It’s an opportunity to die for.
But the Red House has secrets, secrets as dreadful and dark as those from Catherine’s own past. At night the building comes alive with noises and movements: footsteps, and the fleeting glimpses of small shadows on the stairs. And soon the barriers between reality, sanity and nightmare begin to collapse . . .
Posted by Mihai A. at 4:00 PM

Those are really nice covers. I like the use of a bright focus color on a mostly black and white image. Striking. Makes me want to pick up the book to see what the story is about.

Carl, they are very appealing and I like them quite a lot. And although I am not very fond of that bright focus color used also to highlight Guardian on the cover I can ignore that minor detail and enjoy them in the fullest. :)

Funny, I hadn't even paid attention to that, but now that you point it out I'm not fond of that aspect either. But I suppose if a publisher gets a comment like that about one of their authors they are going to broadcast it as loudly as they can.