Title spotlight - "The House of War and Witness" by Mike, Linda & Louise Carey 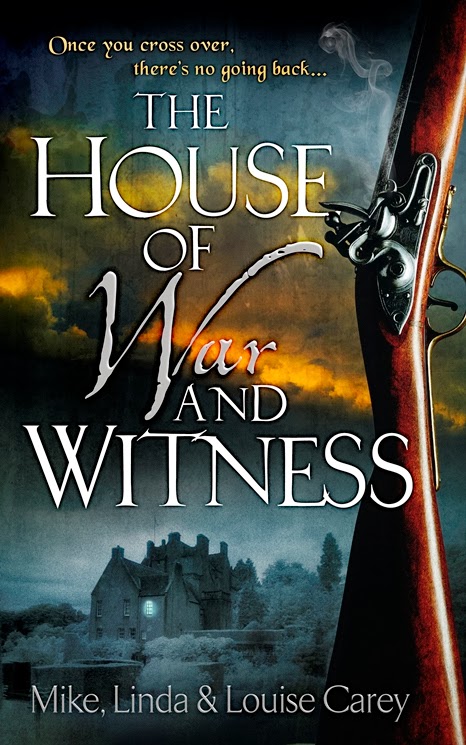 Since I’ve begun to assemble my thoughts about the books I read in a more concrete manner one of my regrets (fortunately these are very few) is that I didn’t manage to write a proper review of Mike Carey, Linda Carey and Louise Carey’s “The Steel Seraglio” or as it was published in the UK, “The City of Silk and Steel”. “The Steel Seraglio” was one of my most rewarding reading experiences of the past several years, a novel of such beauty and originality that left me breathless. And full of regret too, since I never found enough time and energy for putting a proper review on the paper after I finished reading it. However, I can easily take comfort from the excuse this situation gives me to re-read this wonderful novel. Until I manage that though, I will have a chance to delight in another book born out of the collaboration between Linda, Louise and Mike Carey, “The House of War and Witness”. I had the opportunity to listen to a fragment of this new novel being read by Linda Carey at the World Fantasy Convention last year and I was hooked. Actually, that already happened once I learned of this new novel, the reading only pulled me even more towards “The House of War and Witness”. This week, Gollancz revealed the cover of Mike, Linda and Louise Carey’s “The House of War and Witness” and while I am not thrilled with it, I am not complaining either. Don’t get me wrong, I love the house, the sky and the contrast of colors between the two. I always had a weakness for historical weaponry and the presence of the just fired rifle satisfies this pleasure of mine. But although I am inclined to like it I’ve seen this approach on the book covers before and always I had the feeling that this is the easy way out. I completely understand the marketing reasons behind such choices, I am also perfectly aware that each cover has such marketing studies at its base, but I still like the book covers that are a story on themselves. Not a random story, but one coming from within the pages of the book, a little something to give me a taste sample of the things inside the covers, powerful enough to send me in pursuit of a bigger spoon to scoop all in. It is a difficult task, I know, but it is this kind of book cover that I love the most. If I am not totally happy with the cover of Mike, Linda and Louise Carey’s novel I am pleased to see that Gollancz went for the same line with the covers of “The House of War and Witness” and the paperback edition of “The City of Silk and Steel”, due to be released on May. And in the end, in this particular case, no matter how much I like or dislike the cover one thing is for certain, I am eagerly waiting to start reading Mike, Linda and Louise Carey’s “The House of War and Witness”. Battle-hardened soldiers, a village with secrets and the lost souls of a timeless house collide in this stunning historical fantasy from the acclaimed authors of THE CITY OF SILK AND STEEL.
When a company of Austrian soldiers is sent to the village of Narutsin to defend the border, they find the previous garrison gone, the great house of Pokoj a dilapidated ruin, and the villagers sullen, secretive and belligerent. Convinced the villagers are keeping secrets - and possibly consorting with the Prussians - the commanding officer orders his junior lieutenant, Klaes, to investigate.
While Klaes sifts through the villagers' truths, half-truths and lies, Drozde, the quartermaster's woman, is making uncomfortable discoveries of her own - about her protector, about Pokoj and about herself. Quick-witted and sharp-tongued, Drozde is popular throughout the camp for her salacious and entertaining puppet shows. All her life, she has been in control, but as Narutsin gives up its secrets, it becomes clear to Drozde that she dances on Fate's strings as helplessly as anyone else.
The Soldiers of the empress and the villagers of Narutsin are about to find themselves actors in a story that has been unfolding for centuries. It will end in blood - that much is written - but how much blood will depend on Klaes' honour, Drozde's skill and courage, and the fact that the great house of Pokoj is not nearly as empty as it seems...
Posted by Mihai A. at 3:00 PM

The Steel Seraglio is one of those I was excited about, but never seemed to find time to read. Looks like I better shuffle it to the top of the TBR list if I'm going to read this new one.