It is true that the Internet is not filled only with beautiful things, but there is plenty of excellent material to compensate for all the bad ones. I’ll not get into this long, unending discussion, because after all, I believe it depends exclusively on what each person is looking for. I, personally, am grateful for several things I got access to thanks to the World Wide Web and one of these is the possibility of discovering and viewing short films, something that would be almost impossible otherwise. And I had the chance to see quite a few of these awesome little movies.

The latest little gem I stumbled upon is ROSA, a short sci-fi movie created by Jesús Orellana, a Spanish comics artist, in more than a year of work and without a budget. Since its premiere in 2011 ROSA took the world by storm, it was screened in the opening night of the prestigious Sitges International Film Festival, it was nominated at the 26th Goya Awards for the Best Animated Short Film and it was optioned for film by 20th Century Fox, being adapted into a Live-Action Feature directed by Jesús Orellana with a script based on the original story and that expends the short movie. 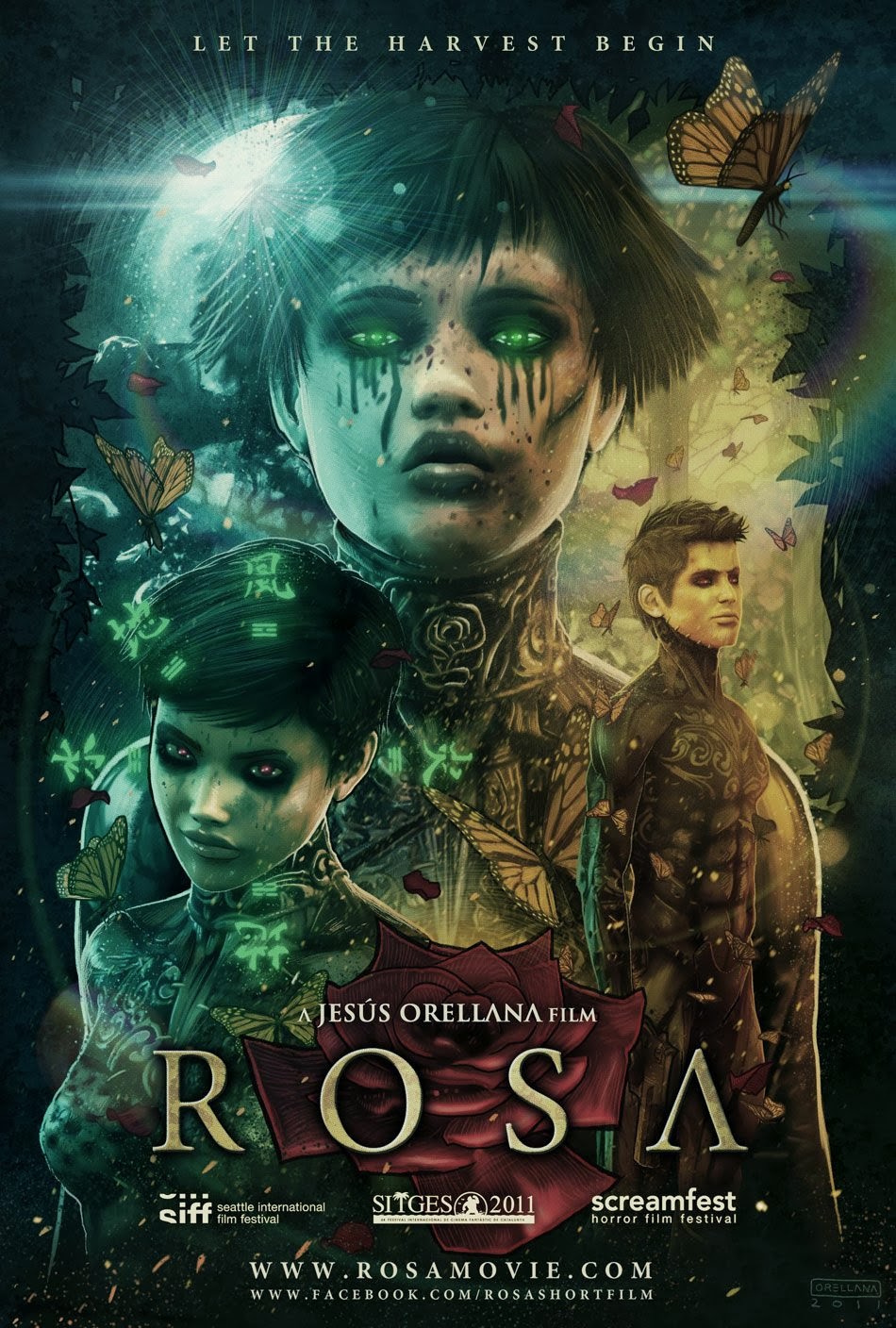 ROSA is an epic sci-fi short film that takes place in a post-apocalyptic world where all natural life has disappeared. From the destruction awakes Rosa, a cyborg deployed from the Kernel project, mankind’s last attempt to restore the earth’s ecosystem. Rosa will soon learn that she is not the only entity that has awakened and must fight for her survival.

Jesús Orellana was born in Tarragona, Spain in 1981. He has worked in several graphic-novel projects for french publisher "Les Humanoides Associes". In 2009 he started developing his first short film ROSA. Now he is in pre-production of his first feature film.
Jesús currently lives in Barcelona with his partner, artist Maria Llovet.
Posted by Mihai A. at 1:20 PM

I could have sworn I wrote a post highlighting several short films, this one included, a while ago, but I can't find it. My laziness must have gotten the better of me and time, ever the conspirator, must have implanted the delusion that I managed to finish something.

ROSA was quite good. I didn't know that it had been picked up for a full-length feature, but I will definitely pay more attention to it in the future.

If you are into short films (I'm not, usually, but sometimes get the urge to delve), you might want to check out Short of the Week. There are some quality films there and it is slightly easier than combing through Youtube.

James, I have a series of short films I would like to highlight too, but I don't seem to manage to do it. :) Thank you for the link, I am familiar with Short of the Week. And I assure you I spend quite some time lost in the magic of the short movies. But not all are as good as ROSA or Voice Over, the two I talked about here. :)