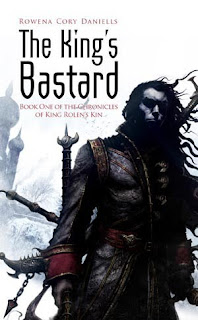 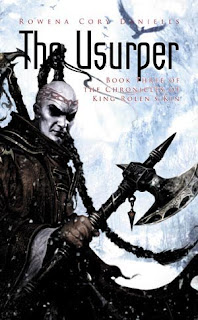 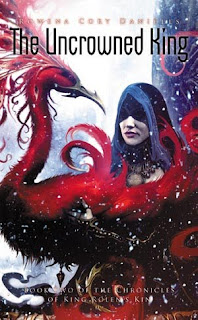 A little time ago I posted about a new series published by Solaris this summer, Rowena Cory Daniells’ “The Chronicles of King Rolen’s Kin”, and the cover artwork of the first novel in the series, “The King’s Bastard”. In the meantime the next two novels of the series, “The Uncrowned King” and “The Usurper”, have a cover illustration too, like the artwork for the first novel, made by Clint Langley. Although character centered, the three covers look really good, and I like that the illustrations follow the same pattern (a thing that I like to see in a series of novels), have very interesting details and a background that although it is only sketched it makes me very curious about the world of “The Chronicles of King Rolen’s Kin”. It is true that the illustration of the second novel has more vivid colors, but in the end all three of them would make me pick the book from a store shelf. The three novels in the Rowena Cory Daniells’ “The Chronicles of King Rolen’s Kin” will be released by Solaris Books in the course of three months, “The King’s Bastard” in July, “The Uncrowned King” in August and “The Usurper” in September.
Posted by Mihai A. at 12:44 PM

I think these are great covers, especially the 2nd one. They are somewhat similar to a lot of other covers, but they are still beautifully done!

Yesterday I ordered THE KING'S BASTARD in advance :)

I'll email the editors at Solaris and ask them to send you a copy when the books come out.

These covers are indeed quite attractive to my scifi buff eyes. This is exactly the same convincing point which made me buy the entire series of Brent Weeks' Night Angel trilogy. Same sketch style, by the way.

Amanda, they look good indeed. And although similar to other covers Clint Langley did an amazing job :)

Michael, it is good that the series is released in the course of three months :)

Rowena, thank you very much. I am looking forward to read your books :)

Cherry, those are interesting covers too, but I like these ones more, because they have a setting behind the central character :)

totally makes me want to buy the books.

They have that effect :)

I'll definitely be buying these books, too. The covers and the store are very appealing.

I am eagerly waiting them to be published now, because they are indeed very appealing :)