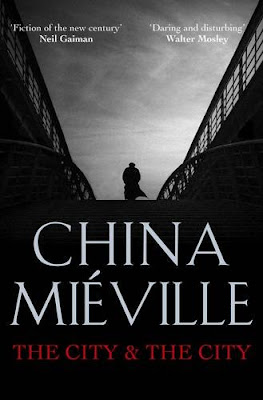 The winner of the 2010 Arthur C. Clarke Award has been announced yesterday in a ceremony held in London. China Miéville wins the award for the third time, for his novel “The City & The City”, after he previously has been rewarded with the Arthur C. Clarke Award in 2001 for “Perdido Street Station” and in 2005 for “Iron Council”. Also this year “The City & The City” won the BSFA Award for the Best Novel of 2009.
The list of nominees for the 2010 Arthur C. Clarke Award included also the following titles:
- “Spirit” by Gwyneth Jones
- “Yellow Blue Tibia” by Adam Roberts
- “Galileo’s Dream” by Kim Stanley Robinson
- “Far North” by Marcel Theroux
- “Retribution Falls” by Chris Wooding
I didn’t read all the nominated novels, but I did read “The City & The City”, and it is an excellent book, that certainly deserves the attention and the awards it gets.
Congratulations!
Posted by Mihai A. at 2:37 PM