On the continent of Zamonia and the stories exploring it 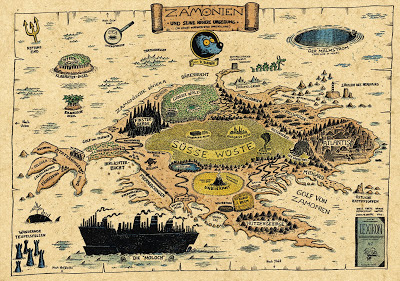 Walter Moers is one of the most successful German comic creators and authors, born on 24th May 1957 in Mönchengladbach. He made his debut in 1984 with comic books and later Walter Moers began to publish stories and novels too. Some of the renowned works of Walter Moers are the novels set on the imaginary continent of Zamonia. 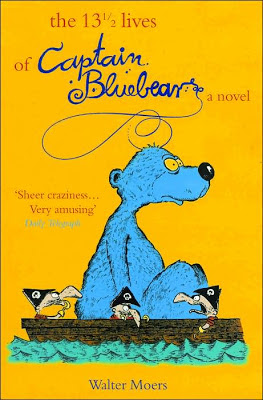 Zamonia is a fictional continent, populated by strange creatures, known as form of life, and with very few human beings. Zamonia is described as a sunken continent in the middle of the Atlantic and with each new novel new locations and features are introduced. There are six novels taking place on the imaginary continent, the first one, “The 13½ Lives of Captain Bluebear”, released in 1999. The novel follows the adventures of Bluebear, a human sized bear with blue fur, in the first half of his 27 lives. Captain Bluebear encounters many mythical creatures along his adventures together with some born out of Walter Moers’ imagination. 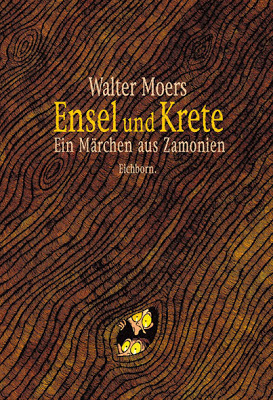 “Ensel and Krete” is the only novel in the Zamonia series that is not available in English. It features a story in the similar fashion of Grimm Brothers’ fairy tale, “Hansel and Gretel”, with two half-dwarf characters, Ensel and Krete, lost in a forest full of dangers. It was released in Germany in 2000. 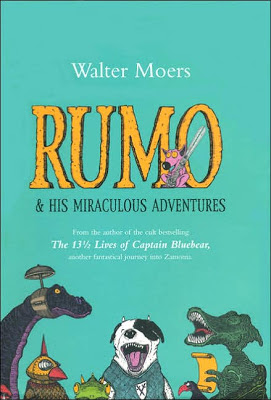 “Rumo and His Miraculous Adventures” was published in 2003. Its main character is a Wolperting, a creature very much alike a dog, named Rumo who travels across Zamonia in an attempt to save his true love, Rala, after the entire city she lives in disappears. 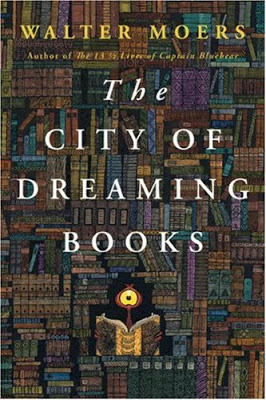 The fourth book in this series of novels, “The City of Dreaming Books”, received two awards immediately after its release. The novel features Optimus Yarnspinner, a lindworm, a Zamonian dinosaur, who inherits his godfather’s possessions, together with the mission of identifying the unknown author of a text found among those possessions. He travels in Bookholm, the city of dreaming books, beneath which vast labyrinthine catacombs stretch, full of hidden tomes. In “The City of Dreaming Books” we can find various authors with their names anagrams of famous writers and also plenty of invented words. 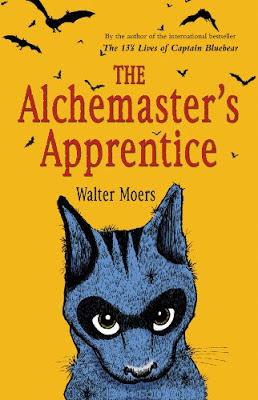 “The Alchemaster’s Apprentice” is the fifth novel set on the continent of Zamonia and as was the case with “Ensel and Krete” and “The City of Dreaming Books” Walter Moers pretends to be only the translator of Optimus Yarnspinner, the true author of these works. This time he translates the story of Echo, a crat (an animal similar to a cat), who makes a deal with Ghoolion, the alchemaster dominating the city of Malaisea, and from which he tries to find a way out. 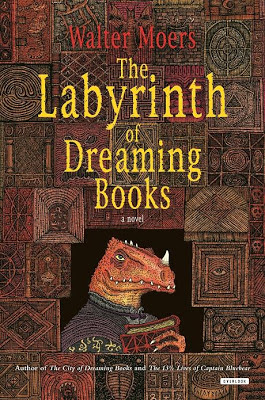 “The Labyrinth of Dreaming Books” was released in 2011 in Germany and is the latest novel that leads the readers on Zamonia. It is the first novel in the Zamonia series that can be considered a sequel of a previous one, “The City of Dreaming Books” respectively. Here, Optimus Yarnspinner, who tells the story that Walter Moers merely “translates”, returns to the city of Bookholm after 200 years. But this time the adventures of Optimus Yarnspinner do not finish in one volume and a second one is necessary, published if possible in 2013 under the title of “The Castle of Dreaming Books”. As in “The City of Dreaming Books” the new novel also contains characters with their names anagrams of personalities from our world, some already used and some new ones.

This month, on the 8th, Overlook Press will release the US edition of “The Labyrinth of Dreaming Books” offering a new chance for the travelers accustomed to Zamonia to revisit this continent and for the readers unfamiliar with it a new chance to discover and explore this location. And if both groups of travelers need further information about Zamonia, Walter Moers and “The Labyrinth of Dreaming Books” they can find it starting from tomorrow in the following places:

Sunday, Nov 4 – Book Sexy Review will have an excerpt from The Lonely Lindworm’s Guide to the city of Bookholm (on a shoestring)

Monday, Nov 5 – SJ @ Book Snobbery gets all fangirl on Optimus

Tuesday, Nov 6 – Anastasia at Birdbrain(ed) Book Blog will post her review of the soon to be released (November 8th!) “The Labyrinth of Dreaming Books”

And on Thursday, Nov 8 stop at Overlook Press’ the Wingéd Elephant blog to enter into a Special Secret Giveaway….
Posted by Mihai A. at 12:10 PM

I'm German but I must admit I never read a book by Walter Moers.

But I know Captain Bluebaer from German TV.

“The City of Dreaming Books” is great, isn't it? Wonderful piece, Mihai.

Michael, you have the benefit of reading them in their original language :)

Andrez, thank you very much :) "The City of Dreaming Books" is a wonderful book indeed.