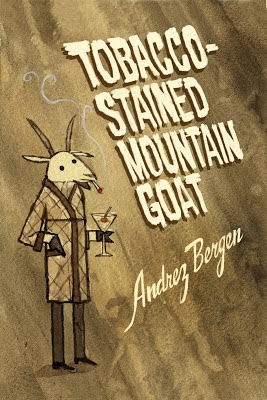 
Cut to Melbourne, Australia–the most glamorous city in the world. It also happens to be the only one left standing, but nevermind that, we’re there now and I’d like you to meet your narrator, a certain Floyd Maquina, a likable chap with one hell of a story to share. See, the powers that be are knuckling down on the Deviant menace that plagues the city, and our boy Floyd’s unknowingly got himself in the thick of it. Cue guns, intrigue, kidnappings, conspiracy and all sorts of general mayhem that make for cracking good headlines.
Does Floyd stop the bad guys? Does he get the girl? Does he make Humphrey Bogart proud? Grab some popcorn and read on.

Bookshops seem to be one of the endangered species of nowadays. It saddens me, more so since I love walking the bookshops’ aisles in search of new books, be them written by familiar and dear writers or by the new, waiting to be discovered, authors. And when a reader finds himself faced with a name that is a mystery at the time of the search the cover is one of the things that attract, however the book titles are not to be neglected. This was the case with “Tobacco-Stained Mountain Goat”, although the search did not take place in a physical bookshop, a title that allured me towards Andrez Bergen’s debut novel and pushed it on my reading table.

Of course, that was only the initial impact, the promise of a dystopian tale with noir influences were the elements that presented the case of Andrez Bergen’s “Tobacco-Stained Mountain Goat” with more power when it came to reasoning the reading of the novel. Post-apocalyptic fiction can be seen as a genre on itself. With the news feeds presenting our world as in brink of collapse it is a popular trend too, but not often the settings of these stories are diverse. However, “Tobacco-Stained Mountain Goat” takes place in Melbourne, the only city in the wide world surviving an apocalyptic event. Why the world as we know it came to an end is a question that remains unanswered, as it is left the one of why Melbourne is the only standing metropolis following this catastrophe. But looking over the story of the novel these questions can be rendered easily rather personal curiosity and they held no importance for the development of the plot.

These are only events that led to the present lived in “Tobacco-Stained Mountain Goat” and together with assembling pieces create the setting of the story. An interesting setting, a society that did not die completely with the apocalyptic event, but continued its existence in an adapted form, keeping however plenty of its original features. The economic and political system and the social stratification adopt the characteristics of the new reality and not for the better. The society doesn’t seem to be willing to recover from the events that led it to the present situation, but on the contrary it appears to be nihilistic to the point of seeking its own total destruction. Because Andrez Bergen takes this approach with the setting of his novel the reader has an accessible way to relate with a society that although futuristic keeps plenty of elements of the surrounding existence.

One of the surviving humans is Floyd Maquina, who haunts the land – to be read Melbourne – in search of deviants after his sick wife’s outrageous expensive medical bills has forced him to take a job as a Seeker. Not exactly a voluntary private investigator Floyd Maquina is obsessed with old movies and alcohol, both close to the point of addictiveness if that was not already passed. Possessed by his past, tormented by the present and with only the faintest shimmer of future in sight Floyd Maquina is not what can be called a hero. A hard-boiled detective that to a certain point encompasses the tropes built by the noir movies and novels he often quotes and mention, but with a unique voice and witty language and remarks. Sometimes all the references made can seem to be tiresome, but put on the obsessive nature of the character with old movies it can be passed easily. I believe that Floyd Maquina is a tribute brought by Andrez Bergen to his influences, but without making the character a mindless offering and losing its originality.

With the setting and character properly introduced the only thing left to be discovered is the plot. Which fails to happen for about two thirds of “Tobacco-Stained Mountain Goat”. I know, it sounds bad. But don’t let the appearances mislead you, it only sounds worse than it actually is. Plot elements are included into the story from early on, but only when the entire intrigue is revealed they make their presence felt. Threads appear to be loose, almost every one holding a little story on themselves, but only when weaved together in the final part of the novel revealing the entire design. It would seem that Andrez Bergen fails to put them together in a proper manner, but in fact he carefully arranges them, taking his time and letting the reader savor the built-up. Quirky dialogue, amusing lines and familiar references are mixed with an assured and mature use of language and canny slang to give the reader a measure of entertainment necessary for what would seem for a while a directionless plot. But when the story hits, it hits hard and in full swing. Action blooms unexpectedly and ends in the perfect manner leaving the reader fully satisfied. Read the novel twice and the experience is enhanced.

“Tobacco-Stained Mountain Goat” might not have the action often seen in post-apocalyptic fiction or the adventures of the noir novels, but it is original and unforgettable. It has the needed quality to help it stand the passing of time. And in the style of the cult cinematography mentions encountered in its pages I see “Tobacco-Stained Mountain Goat” becoming a cult movie too if someday technology makes it possible for Humphrey Bogart and Lauren Bacall to play in a production directed by Ridley Scott. I am not sure if the future holds something like this but I am certain that Andrez Bergen has enough talent to offers us again some remarkable novels such as “Tobacco-Stained Mountain Goat”.
Posted by Mihai A. at 1:00 PM

Mihai, what can I say? Thank YOU!! Chuffed wih this review, and so glad you enjoyed...

It is my pleasure, Andrez!
And thank you for a wonderful book. I am looking forward to finish "One Hundred Years of Vicissitude". :)