Highlights of a reading year, 2012

Another year draws to a close and overall I can say that it was a pretty good year. A slight change occurred in my reading habit, a bit slower than the usual and with a couple of unfortunate choices. Nothing spectacular and it can be seen as a break in the routine. Blogging has been slow again, but with Mihnea top priority some things needed to take a step back. Anyway, last year I didn’t highlight the best readings and I was close to not have one this year either, but I believe that it would not be fair to the books and stories that captivated me in 2012. Especially since some of them didn’t end up reviewed and I will like to spot them at least in one post. On the second thought, one of the best changes did take place this year when it comes to my readings though, I met the reading goal set at the beginning of 2012, to read 366 short stories. Even more, it is already surpassed, with 432 short stories read. So without further ado and in alphabetical order by author:

Abraham, Daniel – “Long Price Quartet” – I’ve finally managed to finish this wonderful series; four fantasy novels of the best quality. I only wonder what took me so long to read them, but I guess it is better late than never. 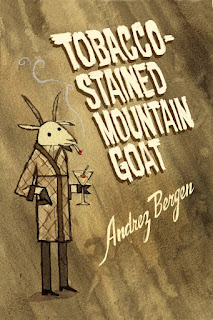 Bergen, Andrez – “Tobacco-Stained Mountain Goat” (review) – One of the best discoveries of 2012, Andrez Bergen’s debut novel is a delight, both for the noir/post-apocalyptic story and the tribute brought to classic movies. 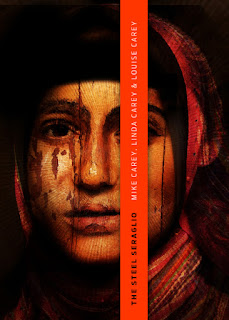 Carey, Mike, Linda & Louise – “The Steel Seraglio” – Because the taste of the old “One Thousand and One Nights” is improved with strong female characters and their gripping story. We certainly need more such characters. 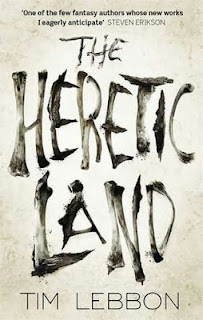 Lebbon, Tim – “The Heretic Land” – With such imagination Tim Lebbon can write a cryptozoology collection at any moment. The questions about religion, the setting and dark consequences of human actions back up one of the strongest fantasy novels. 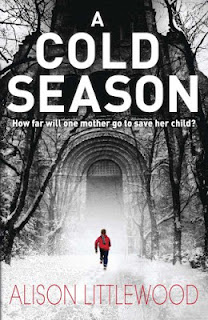 Littlewood, Alison – “A Cold Season” (review) – It reminded me why I fell in love with horror fiction in the first place. An isolated location, interesting main character and a tint of supernatural are among the elements that draw me to the genre. 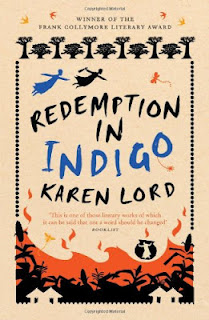 Lord, Karen – “Redemption in Indigo” – Fantasy needs a lighter approach and this novel is the perfect example for this need. It also proves that new and original elements brought into fantasy stories can only improve it. 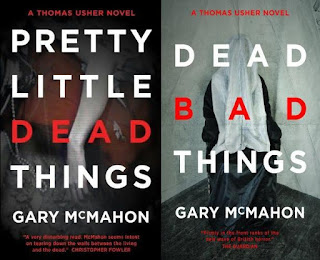 McMahon, Gary – “Thomas Usher” novels – In an ocean of paranormal detective/investigator/private eye stories Thomas Usher stays clearly above the average. One of the best characters I found in my readings and with such catchy stories to back him up I can’t get enough of these novels. And I would certainly like to see more of them. 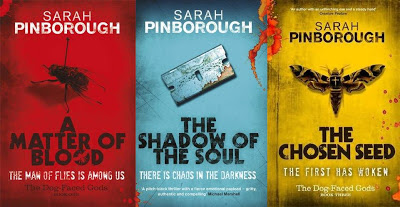 Pinborough, Sarah – “Dog-Faced Gods” – Another extremely flawed, but powerful character, Cass Jones. With the Bank and Network on the shadows and a story that hits so close to our every day society it makes one of the most disturbing readings. Unforgettable too. 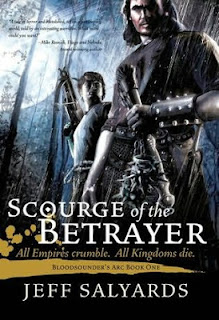 Salyards, Jeff – “Scourge of the Betrayer” (review) – A bit slow when it comes to pace and action, but gritty and dark. Topped with a couple of nasty characters I highlight this debut because it is stuck to my memory and it promises some interesting things in the novels to follow. 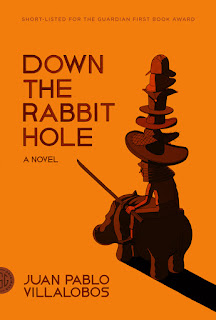 Villalobos, Juan Pablo – “Down the Rabbit Hole” – Not speculative fiction, but the innocent voice telling the story, the coming of age in a twisted medium and the amusing situations make this novel a real treat. 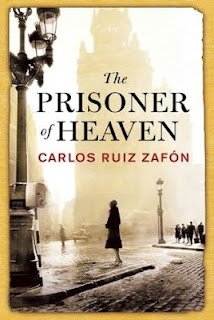 Zafón, Carlos Ruiz – “The Prisoner of Heaven” – There is not much to say about this novel and yet so many things to tell about it. It proves if that is still necessary that Carlos Ruiz Zafón is a master storyteller. It also makes some connections with “The Angel’s Game” that put that novel in a new and better light. 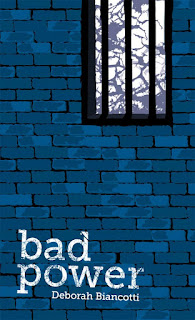 Biancotti, Deborah – “Bad Power” (review) – Superheroes as they should be. Not mysterious, masked appearances, but human beings with everything that comes from it. 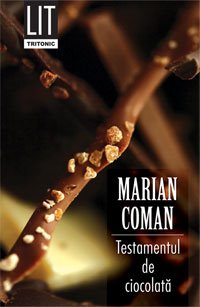 Coman, Marian – “The Chocolate Testament” (review) – A re-reading, but deserving of every highlight it can get. A series of interconnected stories that brought me close to tears more than before. 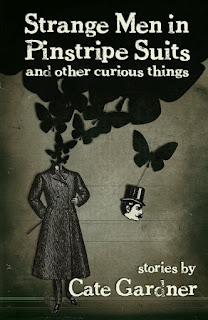 Gardner, Cate – “Strange Men in Pinstripe Suits and other curious things” – A discovery of a new, talented and extremely imaginative writer. Some of the stories might not be very comfortable, but that is exactly what makes them stand above the flock. 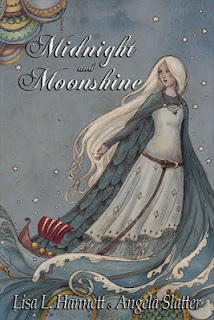 Hannet, Lisa L. & Slatter, Angela – “Midnight and Moonshine” (review to follow soon) – A take into the Nordic mythology, a story developed through a series of connected short stories and mixed with a little voodoo and fae magic. In the first half each story can be a legend on itself, while in the second every single one is hard to put down until the end. A remarkable collaboration. 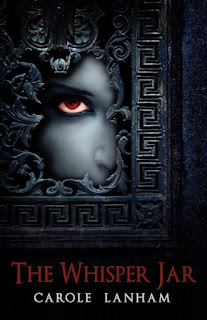 Lanham, Carole – “The Whisper Jar” (review) – A writer with a powerful voice and plenty of potential. Blurring of fiction boundaries she will not let the reader feel cozy. 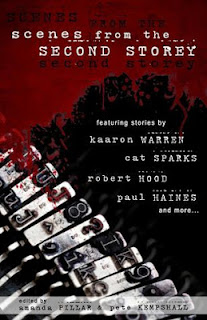 Pillar, Amanda & Kempshall, Pete – “Scenes from the Second Storey” (review) – One of the best anthologies I read in the past years. 13 stories from which it is very difficult to chose the best one. A truly solid collection. 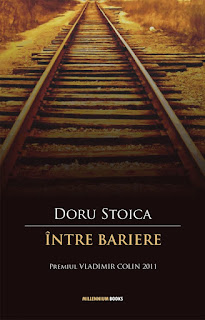 Stoica, Doru – “Between Barriers” – Speculative fiction set in the Romanian rural area. A clash between the particularities and curiosities of the Romanian village and the elements of fantastic with astounding results.

Hill, Joe & Rodriguez, Gabriel – “Locke & Key” – The combination between story and drawings is exceptional, the characters likeable, the mythology of the keys appealing. I can’t wait to see how “Locke & Key” concludes.

Cluley, Ray – “I Have Heard the Mermaids Singing” (Black Static)

Johnstone, Carole – “Sometimes I Get a Good Feeling” (Black Static)

McKiernan, Andrew – “All the Clowns in Clowntown” (A Càrnival of Horror)

McMahon, Gary – “What We Mean When We Talk About the Dead” (Shadows & Tall Trees)

Tobler, E. Catherine – “You Were She Who Abode” & “(To See the Other) Whole Against the Sky” (Clarkesworld Magazine)

Warren, Kaaron – “All You Can Do is Breathe” (The Year’s Best Australian Fantasy & Horror 2011)

West, Mark – “What Gets Left Behind” (Spectral Press)

That’s about it for the 2012 reading and blogging year. With two weeks ahead for spending time with my family and charging batteries for 2013 I can only wish you Happy Holidays and Happy New Year!
See you in 2013!
Posted by Mihai A. at 3:15 PM

Many thanks for including SCOURGE! Happy holidays!

Andrez, don't mention it. And thank you again for your writings :)

Jeff, it is my pleasure. I am looking forward to see more of Captain Killcoin :) Happy Holidays!