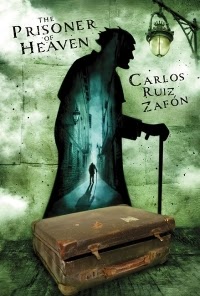 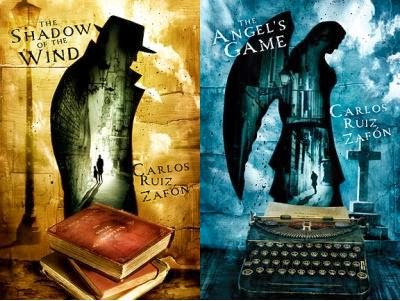 Carlos Ruiz Zafon’s “secret history of Barcelona” continues, to mesmerizing effect, in The Prisoner of Heaven, the third installment in his steadily deepening portrait of an endlessly fascinating city, at the heart of which lies the mysterious and seductive Cemetery of Forgotten Books.
The story begins, appropriately enough, in a bookstore, when Daniel Sempere (a figure familiar to readers of The Shadow of the Wind) encounters a mysterious stranger who leaves an enigmatic message for Fermin Romero de Torres, Daniel’s oldest and closest friend. That message leads to a series of revelations regarding Fermin’s previously undisclosed past. Those revelations move the story from its point of departure in 1957 to the darker, more oppressive Barcelona of 1940, when the brutal Fascist regime of Generalissimo Francisco Franco assumed undisputed leadership of Spain. What follows is a political horror story that involves Fermin, a corrupt prison administrator, and imprisoned novelist David Martin, whose Faustian bargain formed the central thread of Zafon’s 2009 novel, The Angel’s Game. The story Fermin tells, which encompasses murder, literary fraud, and a hidden cache of stolen money, reaches from the squalor of a subterranean cell into Daniel’s own life, illuminating some previously obscure corners of his troubled family history.
The Prisoner of Heaven is sure to speak directly to admirers of Umberto Eco, Arturo Perez-Reverte, and Alexandre Dumas, whose The Count of Monte Cristo plays a significant role in the narrative. But it should also appeal to anyone with a taste for elegant, suspenseful storytelling filled with color, drama, and unexpected turnings. This is popular fiction at its absolute best, a book that no one but Carlos Ruiz Zafon could have written.
The Prisoner of Heaven, like The Shadow of the Wind and The Angel’s Game before it, has become an international phenomenon, a best-seller in dozens of countries. Subterranean Press is proud to announce this deluxe limited edition, which will feature a fine paper (80# Finch), deluxe cloth, a sewn binding, and be printed in two colors throughout.
Posted by Mihai A. at 1:30 PM

Thank you very much, Carole! :)

Having experienced these books myself, I have to say, 'One hell of a Review'.

The covers look kind of scary but also cool. Sounds like an interesting book, so i'll add it to my TBR pile! Great post!

Blacknightblues, thank you very much. :) I adore these books and I wish I could afford these limited editions. But although they are a bit expensive for me I can still admire the excellent book covers.

Hanna, thank you very much. :) I highly recommend Carlos Ruiz Zafon's books, especially "The Shadow of the Wind". They are truly unforgettable.