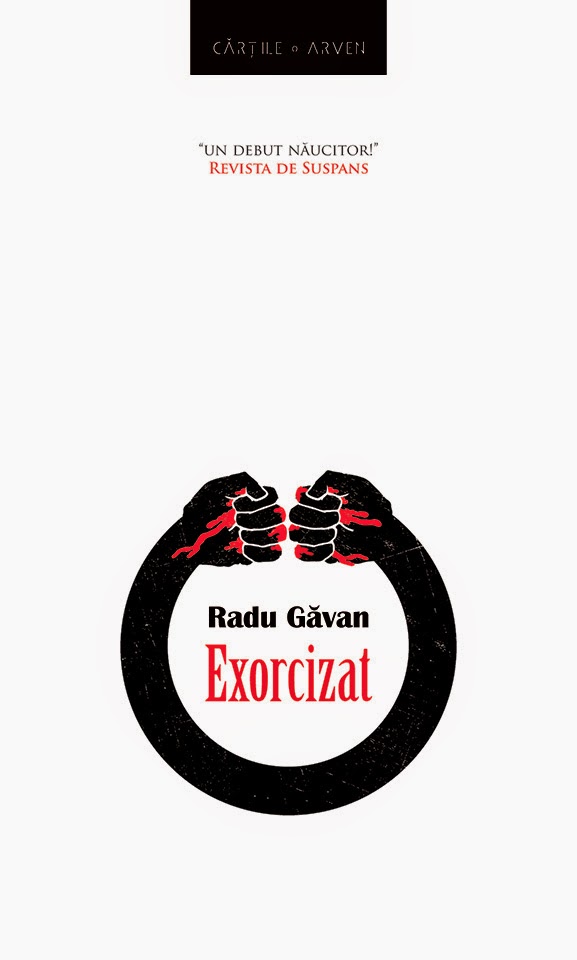 The latest information states that book industry in Romania hit a new low since 1990, it seems that 2/3 of the publishers closed doors, while other signs of health from the book market are not encouraging. In this light, my constant bickering and raised questions about the horror genre in Romania, a niche with a tiny span, seems pointless. I repeat, the Romanian folklore, legends and traditions, plus nearly 50 years of an oppressive regime and 25 years more of an unstable society offer a fertile ground for genre fiction and yet it remains mostly unsown. Even so, I do believe that there is hope and a better future can be built, in the end we do have young writers and bold publishers to prove that. Without them we cannot talk of any kind of future. It is tough, from my experience the school programs force only the classics on the students and every other book outside that is labeled as unimportant, therefore plenty of teachers chase away pupils from reading in the process. It is just one part of a wider picture, but I prefer not going into detail, I wish to keep a more optimistic tone here. Because in the end change starts with each of us and efforts are made to turn things around. Keeping it to the Romanian horror genre I am happy I can point out a couple of examples, Mircea Pricăjan does one hell of a job with his editing, writing and running of the Suspense Magazine, a genre periodical, Herg Benet is a new publishing house with strong attitude, welcoming and publishing new and interesting Romanian writers. There are several more and that is the reason for me believing that our genre fiction can become memorable. For instance, Radu Găvan, who launches today his debut novel, “Exorcizat” (Exorcized), through the already mentioned Herg Benet. I had the chance to read a couple of Radu Găvan’s short stories and those made an impact, thus I am quite curious about his novel. I have a little restrain towards it, I understand “Exorcizat” (Exorcized) contains sex and violence and these two in the same sentence are not a point of attraction, but there are other things that make me give this novel a chance. A young writer, a daring publisher, an intriguing concept, a hope for the future of the genre. Oh, and more thing, we can promote such novels with the help of a book trailer too, despite me not finding those extremely efficient it is a step forward.

“… we are the hyenas that chase away the lion from the prey, the cockroaches that invade your home, the rats that put you on the run. We are fighting for food, so we are prepared…”

In the middle of a strangled city, a young real estate agent, alone and penniless, fights with desperation for survival.  Born from the darkness of his mind, as well as from the moral filth of the corrupt society that surrounds him, the demons of the past meet those of the present. Thus, the battle for keeping his own humanity can begin. Alive and brutal, overwhelming from the psychological point of view, Exorcized is a rollercoaster that strolls mercilessly the shadows of the human mind.