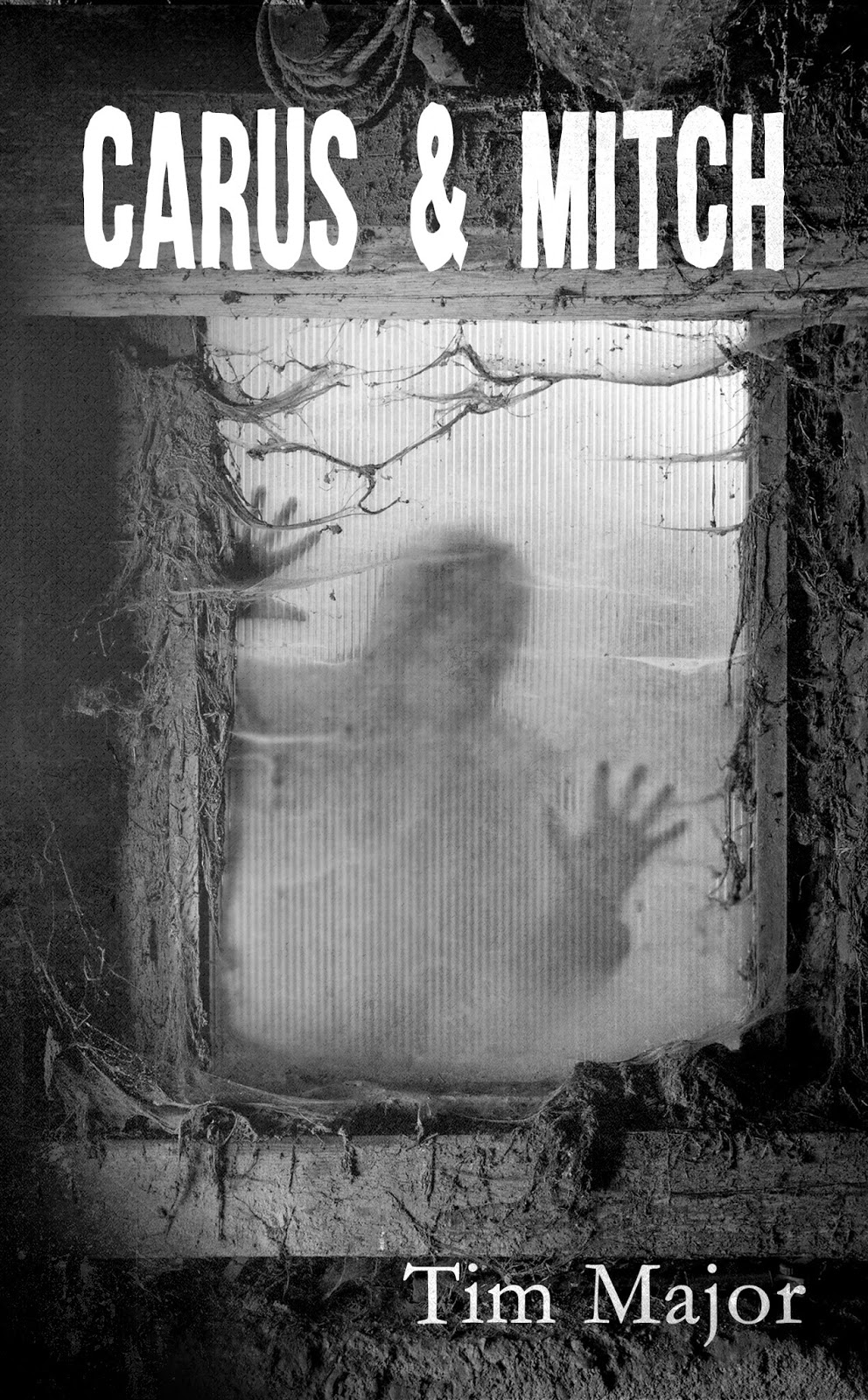 "Carus and Mitch"
by Tim Major
Publisher: Omnium Gatherum Books
Review copy received through the courtesy of the author


Carus is only fifteen but since their mum disappeared, looking after her little sister Mitch is her job. There’s nobody else. Not in their house and not outside, either. There’s something out there, scratching and scraping at the windows.
The barricades will hold.
They have to.

It is said that humans are creatures of habits and I am certain that I have some of my own. I believe I even started to develop another one and that is to fit, as much as possible, more titles released by Omnium Gatherum Books within my readings. The first few ventures I took in their publishing work have been satisfactory. Actually, that is an understatement since the rewards coming out of Omnium Gatherum’s titles I read have been more than just satisfactory. As it proved to be the case with their latest book falling into my hands, Tim Major’s novella, “Carus and Mitch”.

Carus and Mitch are two sisters living alone in a big house, isolated from the outside. Only their home is reduced to only a few rooms and a small yard, with the rest of the house boarded up. Each day they attend their chores, among them exchanging the eggs from the chickens living in their dining room for canned food and checking the barricades raised against the outside world. But things are about to change for Carus and Mitch.

I find myself in a tricky situation, facing an unusual difficult task. I would very much like to talk to some extent about “Carus and Mitch”, but at the same time I am afraid to do so. It is not for the lack of words, but out of the fear of not revealing too much from Tim Major’s novella. Because the beauty and the entire satisfaction of this story is going through it page by page, the plot unfolding with every single word that paves the road to the final destination of “Carus and Mitch”. But I’ll certainly do my best.

Tim Major’s novella starts with an emotional moment, a touching surprise Carus receives for her fifteenth birthday from her younger sister, Mitch. Not only it is the opening scene of the story, but it is also the foundation of the relationship the lone sisters have. It’s a connection that doesn’t lie exclusively on the petals of roses, but on the spins of the stems as well, involving moments of conflict and discordance that siblings often share. The entire connection between Carus and Mitch, with its rises and downfalls, is rendered with sterling realism by Tim Major. There is not a single moment when this family of two members losses its face. The moments of pure love, the little habits one has but the other finds annoying, the innocent teasing and needless mean acts between family members are all there. Likewise, this initial scene is the point from where the story starts to descend into dark corners. The delicate moment of one sister surprising the other for her birthday leads to dark and darker still events, sending the plot to an end where this gentleness remains only a very distant memory.

It could be said that “Carus and Mitch” is a post-apocalyptic story, but I am reluctant to assume this definition and I’ll explain why shortly. There is a constant feeling of an outside menace throughout the novella, the girls are isolated from the outside world in fear of a threat not named. It is a constant sensation and Tim Major enhances this particular atmosphere through his characters. Living constantly with each other, without any apparent means for escape or without seeing anyone else, strains the relationship between the two sisters and builds tension. The daily, repetitive chores Carus and Mitch need to attend add further pressure, accentuated by the limited space in which they live. Limited on their own accord. In this restricted living area Carus and Mitch have a little library though and it is from the books and magazines found there that the seeds of questions start to grow inside Mitch’s mind, where a fertile ground for such a thing already existed. All these whys are not tethered only to the two characters however, they spread to the reader too. More than several times I started to ask questions for the story and not a single time I received an answer. At the first consideration this statement might sound bad, but it is not, all the unanswered questions the reader has work in favor of the story. Tim Major’s novella is solid and compact and all that it lets hanging up in the air is an important part of its composition. Even my assuming that “Carus and Mitch” is a post-apocalyptic story is up to debate in this light. It might be, but very well it might entirely something else. Every little question one could come up with for this tale is up for personal interpretation. It is part of the magic of this wonderful novella and I am certain part of the profit that could be gained from re-reading it.

Habits are not always good, but I am not about to change my newly acquired one of checking as many titles Omnium Gatherum publishes as possible. If Tim Major’s “Carus and Mitch” is anything to go by I embrace this habit with opened arms. And if Tim Major’s future works are as good as his debut novella, “Carus and Mitch”, I am perfectly happy to also acquire the habit of following closely his writing career.
Posted by Mihai A. at 1:45 PM