I have to apologize for the prolonged silence, but the business trip went longer with almost a week than expected. As a result of this long trip the amount of work needed to be done grew too and I am afraid that for a week or two I have to extend my silence. 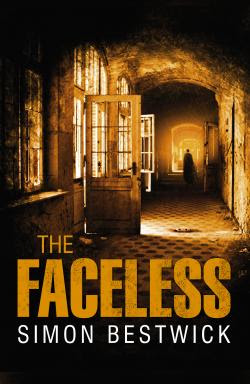 In the recent years the one writer who had the fastest and most tremendous impact on my reading experience is Carlos Ruiz Zafón. “The Shadow of the Wind” was the best novel I read in a long period at the time I finished it and it still remains unbeaten on that position so far. “The Angel’s Game” didn’t rise at the same level as “The Shadow of the Wind” for me, but it still is a wonderful book. This year I caught up with all of Carlos Ruiz Zafón’s novels, “Marina” a beautiful and touching novel that lies the foundation for the later “The Shadow of the Wind”, and the catching “The Prince of Mist”, “The Midnight Palace” and “The Watcher in the Shadows”, part of “The Mist Trilogy”. Just in time for the new Carlos Ruiz Zafón’s novel, “El Prisionero del Cielo” (The Prisoner of Heaven, I believe this is the proper translation, but it remains to be seen), due to be released on 17th of November by Planeta. Not much information can be found about “El Prisionero del Cielo” yet, except that the novel is set in Barcelona of the 40s and 50s, features the amazing Cemetery of the Forgotten Books and is the third novel in the series of “The Cemetery of the Forgotten Books”, together with “The Shadow of the Wind”, “The Angel’s Game” and a fourth novel that will complete a scheduled tetralogy. I will be back with more information and the cover of “El Prisionero del Cielo”, the novel that became one of my top reading priorities, when they will be available. 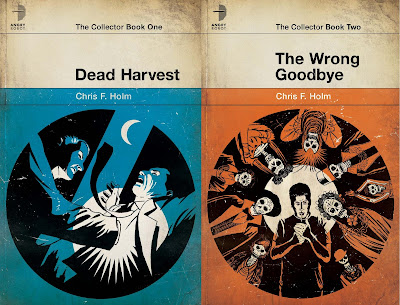 Some of my fondest memories of the school years are about crime and mystery novels (fantasy and horror novels were a very rare species in those particular times in Romania), small paperbacks that were conspiratorially hidden beneath the school books and read while I was supposed to do my homework. Those hard-boiled detectives in search of truth and justice surpassed any mathematical problem that needed its solution or any obligatory reading that had to be made. The reasons for my attraction for those wonderful novels were very simple in the beginning, the covers of those little treasures and the magical Humphrey Bogart in “The Maltese Falcon”. It is an excellent time for nostalgia now, because Angry Robot Books pulled out of its sleeves two amazing covers for the next year releases of Chris F. Holm’s “Dead Harvest” (March 2012) and “The Wrong Goodbye” (November 2012). Two book covers in the classic style that made my school years even better than they were. Actually, as I look more at the Chris F. Holm’s book covers, made by the graphic design studio, Amazing15, more I think that it would be an excellent thing to see more such covers on the market. Not in an excess, but a few more. Thank you, Angry Robot Books, for bringing back some wonderful memories! 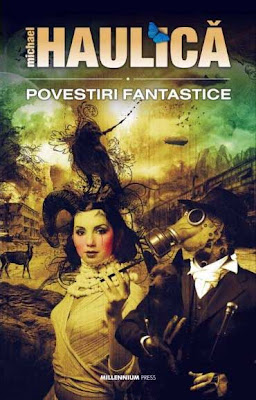 Another of the my favorites Romanian speculative fiction writers is Michael Haulică, whose recently released collection of stories, “Povestiri Fantastice” (Fantastic Stories), I finished this summer, but which still waits to be reviewed. Like Marian Coman, whose first appearance on the English market I featured recently, Michael Haulică had a couple of presence on the English marker in the form of a few translated stories, but also had stories translated in French, Danish, Hungarian, Croatian, Bulgarian and Czech. One such appearance is “LAPINS”, a story that can be found online, at the World SF blog. “Povestiri Fantastice” (Fantastic Stories) is available now in electronic format on the UK, US and German Amazon, in the original language for the moment, but it still is one step forward. However, I do hope that there would be other steps to be made and one in particular, the translation of “Povestiri Fantastice” in English. It will be a wonderful thing to happen to Michael Haulică and the Romanian speculative fiction. Until then, for a tiny taste of Michael Haulică’s works, here is the table of contents of “Povestiri Fantastice”, the volume available in electronic format and structured in three sections, reflecting the works of Michael Haulică from his debut until present:

DESPRE SINGURĂTATE ŞI ÎNGERI (2001): (About loneliness and angels)
“În hol” (In the hallway)
“Anotimpul de praf” (The season of dust)
“Lebăda” (The swan)
“Gramatica deasupra oraşului” (The grammar above the city)
“Acela care” (That who)
“Copiii liliacului” (The bat’s children)
“Neguţătorul de vise” (The dreams’ merchant)

Yesterday, in a ceremony held during Fantasycon, at Royal Albion Hotel in Brighton the winners of the 2011 British Fantasy Awards have been announced: 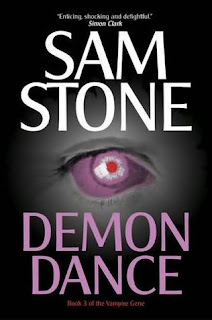 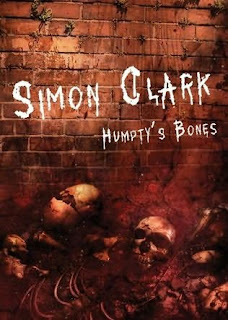 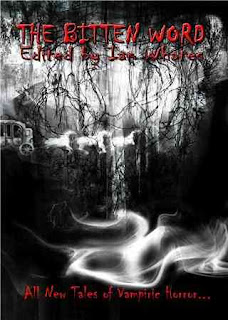 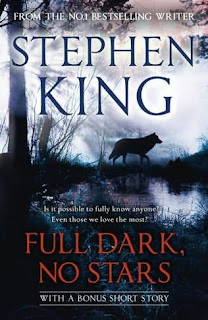 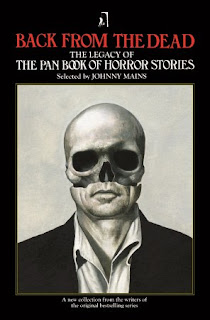 BEST ANTHOLOGY: “Back from the Dead: The Legacy of the Pan Book of Horror Stories” edited by Johnny Mains (Noose & Gibbet) 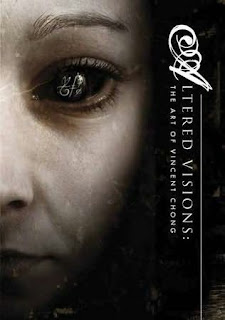 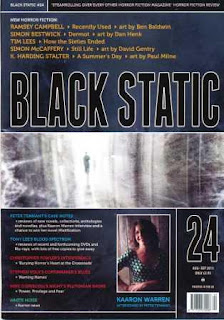 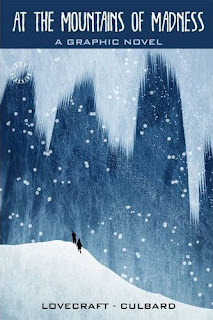 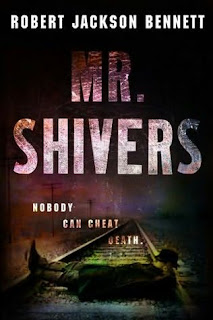 SYDNEY J. BOUNDS AWARD FOR BEST NEWCOMER: Robert Jackson Bennett, for “Mr. Shivers” (Orbit Books)
Well, Sam Stone won both best novel and short story categories, but I am not sure that I have any desire to read her works. Looking over the information of her novels doesn’t stir any desire in me to pick them up soon. Especially since vampires are a very good reason to drive me away from a novel at the moment. Stephen King won the best collection and although I enjoyed a lot Tim Lebbon’s “Last Exit for the Lost” I am happy for the King of Horror too. For old times’ sake! The best non-fiction and best artist have in common the wonderful work of Vincent Chong, the worthy winner for the 5th time in the row of the Best Artist British Fantasy Award. Telos Publishing is the least known small press to me, but this is a good reason for me to check on their activity a bit more thorough. It is a delight to see “Black Static” as the best magazine, since each of their issues is excellent and brings me great joy. I am also 5 issues closer to complete the entire collection of “Black Static”. As for the best newcomer, I really should read my copy of Robert Jackson Bennett’s “Mr Shivers”. It is still on my bookshelves although in the mean time Robert Jackson Bennett released another novel, “The Company Man”, and prepares for the imminent “The Troupe”.
These are only a few personal thoughts on this year’s British Fantasy Awards, but hopefully next year I will be able to be more prepared and go through a more detailed review of the winners’ list.
Congratulations to all the winners!
Posted by Mihai A. at 12:00 PM No comments: