Interview with Sebastian A. Corn 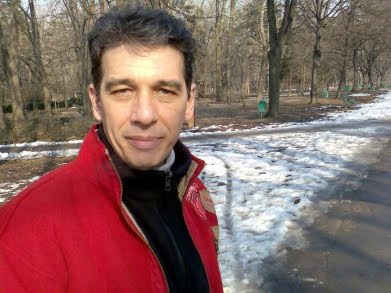 This interview and the "Adrenergic!" review are also cross-posted on The World SF News Blog.
Sebastian A. Corn is the literary pseudonym of Florin Chirculescu, who was born in 1960 in Bucureşti, Romania. He studied medicine and in the everyday life is a thoracic surgeon. He made his debut with the short story “Snorky” in 1994 in Jurnalul SF (The SF Journal) and since then he published stories in different Romanian magazines and publications. He published 6 novels under the pseudonym Sebastian A. Corn and one as Patrick Herbert:
“2484 Quirinal Ave” (1995), “Aquarius” (1996), “Dune 7 – Cartea Brundurilor” (Dune 7 – The Brundurs Book, 1997) as Patrick Herbert, “Să mă tai cu tăişul bisturiului tău, scrise Josephine” (To cut myself with the edge of your scalpel, wrote Josephine, 1998), “Cel mai înalt turn din Baabylon” (The highest tower in Baabylon, 2002), “Imperiul Marelui Graal” (The Empire of the Great Grail, 2004) and “Vindecătorul” (The Healer, 2008).
Sebastian A. Corn was rewarded with almost 40 local awards for his works, such as Quo Vadis!, RomCon, Dan Merişca, Supernova, Helion, Nemira and Vladimir Colin, but also with The Award for the European Debut at the Eurocon in 1995 at Glasgow.

Mihai (Dark Wolf): Thank you very much for the opportunity of this interview.
Some authors write for money, some for fame and some for pleasure. Why are you writing? What made you start putting your thoughts on paper?
Sebastian A. Corn: I don’t know for sure… During my first years of writing, I just had an urge to write, that was all. The main idea was that I enjoyed spending some good hours, each day, in a world of my own. I enjoyed building this world and that was the most forceful drive.
Mihai (Dark Wolf): You’ve studied medicine and you work as a surgeon. How does medicine get along with the writing career? How does your medical experience influence your writing?
Sebastian A. Corn: Medicine is extremely time consuming. Writing is also time consuming. At first sight, medicine and writing don’t seem to get along that well. On the other hand, medical studies offer you a scientific background (I talk about fundamental sciences connected with medicine) that always makes you ask: what if…? Besides, practicing as a doctor enables you to meet all sort of people who are willing to communicate more thoroughly about their problems. In a way, a doctor is connected to a various array of characters and this helps a lot in writing. Bottom line, medicine is a humanist profession and it certainly loads you with lots of unsolved problems. I try to solve those problems in writing.
Mihai (Dark Wolf): Why the choice for the science fiction literature? What attracted you towards the speculative fiction?
Sebastian A. Corn: I just liked it. I just love to build specific worlds of my own into which the usual, daily problems have a more straightforward manner to express. I regard science fiction as a shortcut to express such problems. Mainstream literature contaminates the fundamental problems of mankind by embedding them in colloquial situations.
M(DW): Which are your favorite authors and who influenced your style of writing the most?
SAC: Philip K. Dick, Frank Herbert and Gerard Klein. Hugo Pratt, as a cartoonist also influenced me a lot. 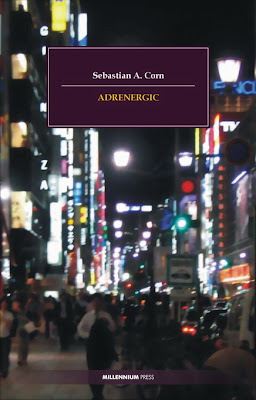 M(DW): You work under pseudonym. Why did you choose to use a pseudonym? From where does the pseudonym Sebastian A. Corn originate?
SAC: A cousin of mine made me an anagram while we were kids. It came out as FC Corn. Sebastian is a name I like very much and A. stands for Aaron.
M(DW): How difficult was for you to make the debut in the publishing market? How did you feel when your first work was published?
SAC: It took me a year to penetrate on the Romanian market by publishing in magazines. Then, I began to get local literary prizes. When I had my first book issued, “2484, Quirinal Ave”, I was really exhausted and I could not even celebrate the event.
M(DW): You published works in both short and long form of fiction. With which one do you feel more comfortable?
SAC: The novels, of course.
M(DW): From all of your works so far which one is closer to your heart? Which one do you consider to be the best so far?
SAC: “Vindecatorul” (The Healer), my last novel is the closest to my heart. I also consider it the best so far.
M(DW): I read that you are rewriting one of your novels, “Imperiul Marelui Graal” (The Empire of the Great Grail) and that you plan to write a series starting with this novel. What made you rewrite your novel? Does it happen for you to be unsatisfied with the result of your writing and to change the work you did until that moment?
SAC: I am dissatisfied with many of my works. Concerning “Imperiul Marelui Graal” (The Empire of the Great Grail), I am in love with its world and characters and I think they deserve some good couple of more drafts in order to make this novel really readable.

M(DW): You wrote under the Patrick Herbert pseudonym a novel set in the Dune universe. What made you want to write in the Dune universe? How difficult is to approach an established series in the personal style?
SAC: It was an offer from Nemira Publishing House. Back then, I had already written a novel, “Cartea Brundurilor”, when they made me this offer. Unfortunately, a certain haste, let’s say, from their part made us lose the terrific momentum which the Dune Universe carried in itself. The project is one of the most dissatisfying in my career because in my opinion, immersing in Frank Herbert’s universe deserved more work, more collaboration with those who translated the series in Romanian and so forth, in order to accommodate a specific text to the needs of Herbert’s universe. Sometimes, the publisher’s rush to issue a title is not the best thing in the economy of writing a book. Unfortunately, I learned this only too late.
M(DW): I know that you are working also on a mainstream novel. Do you like to experiment in other genres as well? Do you think that an experience in other genres can help improve the writing of an author?
SAC: Let’s say that the ideas that drive me nowadays are best expressed by a mainstream text. However, I consider that transgressing the genres is most helpful for a writer.
M(DW): In 1995 you were rewarded with the Eurocon Award for the European Debut. Do you think that that award changed your career? Does the fact that you won numerous awards (almost 40 if I am not mistaken) set a higher standard for you and your works?
SAC: That award surely eased my relationship with the publishers. However, the standards of anyone’s works are not related to the awards a specific writer got in his career. A writer always writes with the purpose of offering his best, each and every time he writes.
M(DW): Which is the award that took you by surprise and which does it please you the most?
SAC: The Vladimir Colin Award. 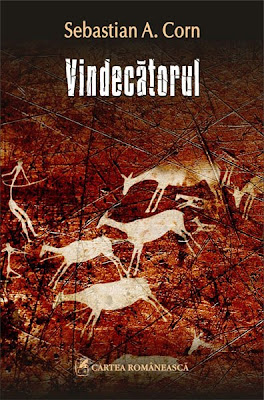 M(DW): You have experience also as editor, critic and translator so may I ask you, as an inside opinion, how do you think that literature is seen in Romania? How about the speculative fiction?
SAC: Literature is having some bad time lately in Romania, just as in other cultural areas. To be sincere, I am not so sure that books as we know them will still be a desired, hm, “object” in, let’s say, 25 years from now. Speculative fiction finds an easier way to the public through the PC games, unfortunately.
M(DW): What do you think that the future has in store the speculative fiction in our country, especially for the Romanian writers? Do you think that it is possible in the future for a Romanian author to be a professional writer?
SAC: A professional writer needs a market in order to live on his books and nowadays, these markets are the English language, the Spanish language, maybe the Chinese etc. Considering this, it seems very hard for a Romanian writer to earn a living by publishing.
Speculative fiction ( I see that you prefer this term :) ) in Romania has some specific traits and the writer who will be able to transgress the language barrier besides the ability to use a good old story telling expertise will maybe make a breakthrough in the literary market. Unfortunately, this seems a remote perspective. I know of some Romanian writers who got awards in Canada – I think that they have the chance to rebuild the confidence in the Romanian SF literature.
M(DW): What do you think that are the differences between the Romanian speculative fiction and the English one?
SAC: The main difference is the way the plot is built. Romanians are more prone to develop and express “smart ideas” on behalf of the story telling. I don’t find this as a good solution when writing literature because I still believe that a reader wants to read THE story. I also had these drawbacks and not only once…
M(DW): Do you think that in the future some of the Romanian speculative fiction will be published on the English market? Do you hope that your works will be translated in English?
SAC: I hope so. There are some titles which could be translated and receive a good critic, I think, but this depends on more things than simply writing a novel.
M(DW): At what are you working in the moment and what future projects do you have?
SAC: We talked about SF literature up to now, but my future project is a mainstream novel. I can’t yet decide on the title… Will it be “Parsifal”, or “Nolli’s Plan”? However, at this moment, I do only the research. I will start writing it next spring, I think.
Thank you very much for your time and answers. It has been a pleasure.
Posted by Mihai A. at 1:17 PM