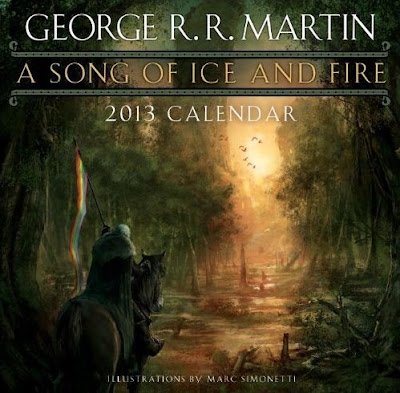 As I started this week with the wonderful art of Marc Simonetti it is only fitting to continue it in the same note. Especially since almost immediately after seeing the new cover art bearing Marc Simonetti’s trademark I discovered that this summer Marc and George R.R. Martin unite their efforts for A Song of Ice and Fire 2013 Calendar. I saw the 2011 and 2012 editions of these calendars, illustrated by Ted Nasmith and John Picacio, but I am looking forward to this edition in particular because I am familiar with what Marc Simonetti did for the A Song of Ice and Fire before. A series of covers for the new integral French editions of George R.R. Martin’s series released by J’ai Lu two years ago and plenty of illustrations that can be found on his website or on his deviantART account. But nothing compares with the feeling such art gives to the viewer when it is properly displayed, that is why I am eagerly waiting for A Song of Ice and Fire 2013 Calendar to be released so I can finally display Marc Simonetti’s amazing work to a place of honor in my office. 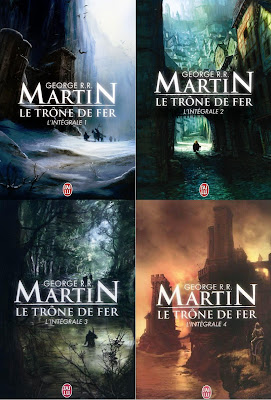 This is very cool... His portfolio is awesome! Seems like the French always get the best covers!

This is bound to be beautiful. Simonetti is fast becoming one my favourite fantasy artists with the lush works he produces. And Cursed Armada, I completely agree - the French get some amazing covers!

Cursed Armada, the French have some awesome book covers indeed :)

Federico, Marc is one of my favourite artists. I wish to see more of his art and many more book covers made by him in the future. On the English market as well :)