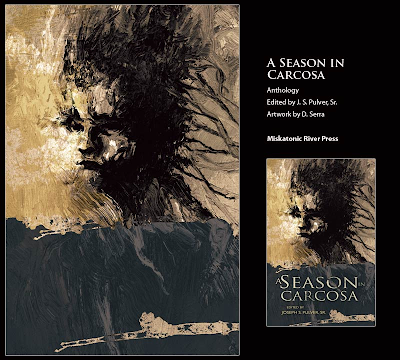 I love when my daily Internet wanderings bring forth new little gems. My constantly groaning book shelves do not. The reason for this conflict can be easily seen in my latest discoveries. Two anthologies that not only are looking exceptionally tasty, but I don’t imagine myself not having a copy of each of them when they will be released. Which are these anthologies that sent me tumbling to my very long wish list? “A Season in Carcosa” and “The Grimscribe’s Puppets” edited by Joseph S. Pulver, Sr. and due to be released in the summer and fall of 2012 by Miskatonic River Press. As the editor Joseph S. Pulver, Sr. says on his blog, in a post a year old but that is still news to me, “A Season in Carcosa” features tributes to Robert W. Chambers’ “The King in Yellow” with a similar direction as Ellen Datlow’s “Lovecraft Unbound”, while “The Grimscribe’s Puppets” (what an attractive title) features tributes to the master of weird fiction, Thomas Ligotti. For now, there is little more information to be found, but that doesn’t mean I can’t already eagerly wait for these two anthologies to be released. Even more, since the current list of acceptances includes three of my favorite modern writers, Gary McMahon, Cate Gardner (who’s “Strange Men in Pinstripe Suits and Other Curious Things” proves to be a delight so far) and Joel Lane, and the book covers are made by the unequalled Daniele Serra, it seems that I don’t need any more reasons to follow the news about the upcoming “A Season in Carcosa” and “The Grimscribe’s Puppets”. 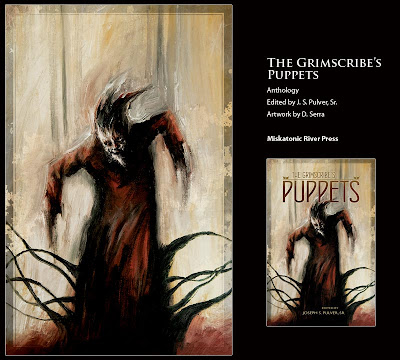 ASiC is at the printer.

That is very good to know. I am looking forward to it :)