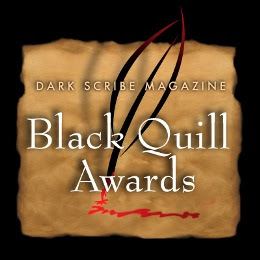 Thank you very much for posting the Black Quill list. Dark Scribe is a great publication and it's an honor to be nominated for their award.

Wonderful blog you have here!

Thank you for posting about Dark Scribe magazine. I'm adding it to my reading list.

Fran, thank you very much and it is nice to see you here :) And I wish you the best of luck at Black Quill Awards :)

thanks for posting this! i've got a nominee from my hometown on there and i would probably never have known that otherwise!!!

Elena, I am glad you find it useful. And I hope someday you'll be on the nominees list too ;)