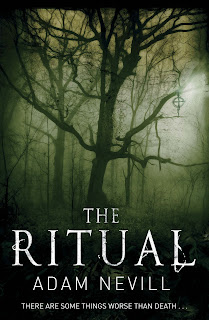 After publishing “Apartment 16” this year Pan Macmillan will release another novel by Adam Nevill on May 2011, “The Ritual”:
When four old university friends set off into the Scandinavian wilderness of the Arctic Circle, they aim to briefly escape the problems of their lives and reconnect with one another. But Luke – still single and living a precarious existence – cannot identify with his companions any more. Lost, hungry, and surrounded by forest untouched for millennia, Luke figures things couldn’t possibly get any worse.
But then they stumble across an old habitation. Ancient artefacts decorate the walls; bones are scattered upon the dry floors. The residue of old rites and pagan sacrifice for something that still exists in the forest. Something responsible for the bestial presence that follows their every step. Death doesn’t come easy among these ancient trees . . .
Until then, we can enjoy a short story by Adam Nevill published exclusively on Pan Macmillan’s website.
***

In September 2011 Solaris Books will also release Nicholas Royle’s novel, “The Regicide”, and it sounds that this will be an interesting reading:
In September next year, I'm delighted to be able to tell you that we will be publishing the brilliant Regicide, by Nicholas Royle. I've been a fan of Nicholas for many years now, devouring books like Director's Cut and Counterparts. Royle is a fiercely intelligent writer and Regicide is a terrifying journey through a landscape of grief and loss. Those not aware of Royle's work are in for a treat. If you like China Mieville and Neil Gaiman then you're going to love this.
*** 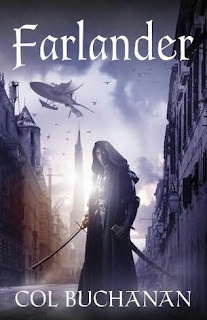 Tor UK announces that Col Buchanan’s sequel of his debut fantasy novel, “Farlander”, was delivered:
We just had the delivery of the second book in Col Buchanan’s Heart of the World series, carrying on the tale of the solitary Rōshun warrior, Ash. The book is full of action, pace, new characters and some wonderfully exciting plot twists. We’ll be publishing this second novel in August next year with the paperback of Farlander publishing in March 2011.
***
For this debut fantasy, Gaie Sebold’s “Babylon Steel” will have to wait a bit longer since Solaris Books plans to release it on January 2012. But “Babylon Steel” does sound intriguing:
Babylon Steel, ex-sword-for-hire, ex…other things, runs the best brothel in Scalentine; city of many portals, two moons, and a wide variety of races, were-creatures, and religions, not to mention the occasional insane warlock.
She’s not having a good week. The Vessels of Purity are protesting against brothels, women in the trade are being attacked, it’s tax time, and there’s not enough money to pay the bill. So when the mysterious Darask Fain offers her a job finding a missing girl, Babylon decides to take it. But the missing girl is not what she seems, and neither is Darask Fain. In the meantime twomoon is approaching, and more than just a few night’s takings are at risk when Babylon’s hidden past reaches out to grab her by the throat.
Posted by Mihai A. at 12:00 PM