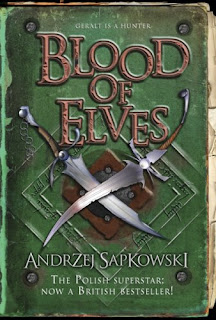 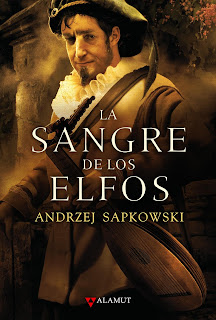 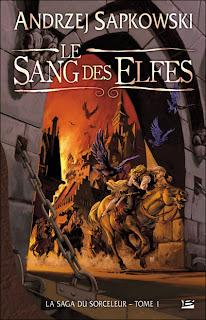 A month ago, Andrzej Sapkowski won for his novel “Blood of Elves” the first edition of the David Gemmell Legend Award. I’ll admit that I was pleased to see Andrzej Sapkowski win, between us my vote for the David Gemmell Award went for him, because besides the fact that I really enjoyed “The Last Wish” I wish someday to see more names in the fantasy genre and why not a globalization of fantasy literature would be very interesting. Anyway, two of his works are already available in English, “The Last Wish” and “Blood of Elves”, and with the third, “Times of Contempt” scheduled to be released on October 2010. Like I said I liked “The Last Wish” and “Blood of Elves” is one of the books I plan to read in my summer vacation, but until then let me ask you, if it were possible which cover art would you like to see on his novel and which one attracts you more. Naturally there are a few more editions, but I picked just three of them, from left to right are the English edition published by Gollancz, the French edition published by Bragelonne and the Spanish edition published by Alamut. I personally like the simplicity of the English cover, the teasing of the two crossed blades and the elven (I believe they are elven) writing behind them.
Posted by Mihai A. at 11:38 AM

Yes I agree, the cover on the English version is the more sophisticated. But maybe the French version cover says more about what you might find inside and, because of that might, be more incentive for the browsing, potential reader to pick it up. I went for a similar design on my recent book - Randolph's Challenge - for that reason. I want it to stand out from others on the shelves.

I prefer the UK cover. By the way A German publisher startd to release the geralt saga. Book 2 and 3 will be released in 2009. Book 4 and 5 to come later. So far I read the short stories.

Chris, it is true, the French cover speaks more about the content of the book. Also, all three covers would make want to pick the book up if I've seen them in a library. But once again it is the English cover the one would intrigue me the most :)

Michael, I hope someday Sapkowski's novels will be published in Romania too. By the way, how the covers of the German editions look like?

Of these three I prefer the Spanish cover, the style kind of fits the novel, imo.

Puck, I didn't read the novel yet so I don't know exactly how the cover is related to the content. I'll have a better idea after reading it :)