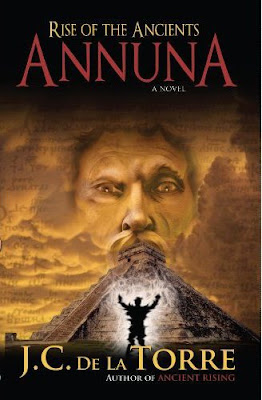 Taking on Established Fantasy Realms
By JC De La Torre
Imagine if you will you had the power to create worlds as you see fit. You were a god able to create man, alien or mythological beings, strange new worlds, and orchestrate what happens to them in those worlds.
That’s a bit of what it’s like to be a fantasy author. You need to grasp the inner reaches of your imagination to come up with things that are new and original or a new interpretation on something that has already been written about in literature.
I’ve written science fiction, horror – I’ve pretty much delved into all the different subgenres of speculative fiction. My first foray into the fantasy realm came to me after reading an interesting book by an author named Herbie Brennan called the Atlantis Enigma. The book was well researched and introduced me to the concept of ancient astronauts. I wondered if these ancient astronauts could have been mistaken for gods and that if Atlantis existed – perhaps they made their home there.
It wouldn’t be the first time the story of aliens posing as gods was used – Stargate comes to mind for many. However, my story differed in that these beings would actually be gods – by definition of the term. At first I categorized it in my mind as science fiction but as I researched mythology and ancient religions – it became evident that this would be my first work of fantasy.
In a way, writing fantasy evolved me as an author. When I first set out on creating this saga I envisioned an Indiana Jones-meets-Clash of the Titans fantasy adventure and that’s what I got with the first installment, Ancient Rising. When I began writing the next installment, Annuna, I noticed something very different. It was no longer a Dan Brown-esque search through musty dusty finds for a scarce chance at discovering Atlantis – but a full fledge knock down drag out fight to save humanity from forsaken gods. It spun the creation of life on Earth, the rise of a young prince of Atlantis and the final fall of the lost continent. It was truly a fantasy novel.
I enjoyed the process immensely, more than I could have ever imagined. I know my style isn’t traditional for fantasy readers. I can be overly descriptive at times (I like to put my readers into the middle of the action, paint the picture in their mind if you will), and to keep the novel rooted in the contemporary, I make use of pop culture references. I do that to let you know that the hero Dan Ryan is just an everyday guy like you and I, he is from our world and through a tragic combination of events is thrust into this world of gods, demons, and lost civilizations.
In the end though, the power of creating a new story based on established mythos was intoxicating. I originally set out to have the Rise of the Ancients saga be a trilogy, but I enjoyed it so much that I decided to continue it as a series. I finished the story arc of Dan Ryan in Annuna so that my future installments could focus truly on the fantasy realm of Atlantis, Nibiru (the gods’ homeworld), the battles, loves, and life held within those worlds.
While I definitely plan on returning to my other speculative fiction genres, namely sci-fi – I can definitely say my new favorite is fantasy.
What is like to be a fantasy author? It’s like being Zeus.
Posted by Mihai A. at 11:58 AM