Michael Moorcock's Elric: The Balance Lost comes to life this May with sensational art by Francesco Biagini & written by Superman's Chris Roberson 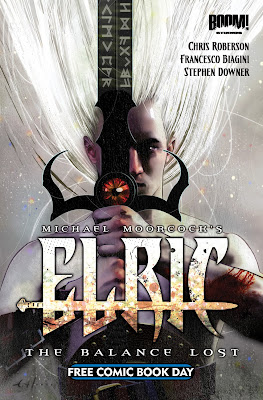 Experience the all original Free Comic Book Day prequel this May & Elric: The Balance Lost #1 this July 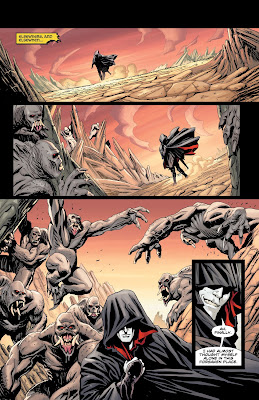 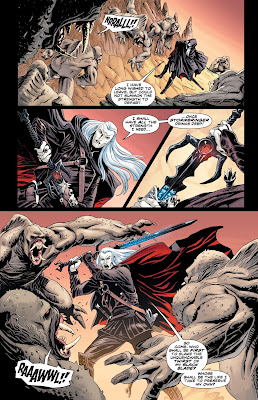 “After seeing Francesco's pages for ELRIC there is no doubt in my mind that Michael Moorcock's legendary Multiverse is in great hands,” says BOOM! Studios Editor-in-Chief Matt Gagnon. “Francesco takes any story he's working on and turns it into a kinetic thrill ride on every page. It's only fitting that one of sword and sorcery's greatest characters is in the hands of comics' brightest talents!”
“Comics and fantasy fans will be blown away when they feast their eyes on the Free Comic Book Day ELRIC: THE BALANCE LOST prequel!” says BOOM! Studios Marketing Director Chip Mosher. “With a true visionary of the comic arts medium like Francesco Biagini lending his talents to the already fantastic story penned by white-hot talent Chris Roberson, ELRIC: THE BALANCE LOST will be the Free Comic Book Day grab no comic fan should miss!”
Francesco Biagini joins New York Times bestselling scribe Chris Roberson(SUPERMAN, iZOMBIE, STAN LEE’S STARBORN) beginning this May in an all-new, all-original ELRIC: THE BALANCE LOST FCBD EDITION that’s not simply a preview of the July series, but a prequel that will excite longtime Elric fans and serve as an accessible entry point for the curious who have never experienced Moorcock’s saga. 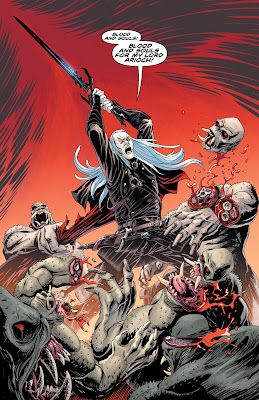 For 40 years, comic book fandom has thrilled to the exploits of Elric since his introduction in Marvel Comics' CONAN THE BARBARIAN in the early 1970s. Neil Gaiman called Elric’s creator Michael Moorcock “my model for what a writer was” while Warren Ellis said he is one of the “eight core sites in my creative genome.” Now the godfather of the Multiverse teams up with hot New York Times bestseller Chris Roberson (SUPERMAN, iZOMBIE, STAN LEE'S STARBORN) for an ongoing series that sees a crisis break out across multiple worlds with Moorcock's other two most famous fantasy franchise characters, Corum of the Scarlet Robe and Dorian Hawkmoon! The workings of Fate are being tampered across the Multiverse, upsetting the Cosmic Balance. Elric is on a quest to restore The Balance and save the Multiverse from ruin! Elric, Corum, and Hawkmoon are forced into action far and wide, but will they fight on the side of Law...or Chaos?
ELRIC: THE BALANCE LOST FCBD EDITION ships this May for Free Comic Book Day, featuring an original prequel story by New York Times bestseller and SUPERMAN writer Chris Roberson with art by Francesco Biagini and cover art by Erik Jones that leads directly into the first issue of the new ELRIC: THE BALANCE LOST this July.
About BOOM! Studios
Award-winning "Best Publisher" BOOM! Studios (http://www.boom-studios.com/) generates a constellation of bestselling comic books and graphic novels with the industry’s top talent, including Mark Waid series IRREDEEMABLE, Stan Lee's SOLDIER ZERO, THE TRAVELER, and STARBORN (the first new series in print from the industry icon in 20 years), new HELLRAISER comics written by Clive Barker as well as 20th Century Fox's PLANET OF THE APES, 28 DAYS LATER, and DIE HARD, Philip K. Dick's DO ANDROIDS DREAM OF ELECTRIC SHEEP?, and The Henson Company's FARSCAPE. BOOM!'s recently rebranded all-ages imprint, KABOOM! will see publication of PEANUTS, SPACE WARPED, Roger Langridge's SNARKED!, Scholastic's WORDGIRL and DUCKTALES, as well as continuing to publish fan-favorite Disney Afternoon series DARKWING DUCK, CHIP 'N' DALE RESCUE RANGERS along with Disney standards MICKEY MOUSE, DONALD DUCK, UNCLE SCROOGE, and WALT DISNEY'S COMICS AND STORIES.
Posted by Mihai A. at 12:15 PM