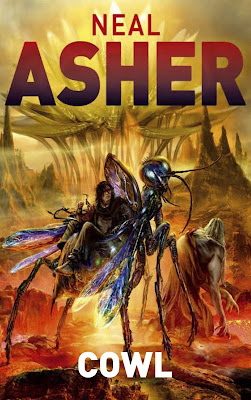 I am sorry that I wasn’t able to make any post last week, but my home plans didn’t match those from the road. But here I am again and I resume the usual program with a cover art galore. 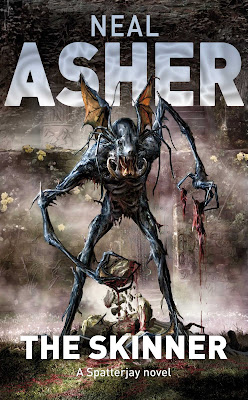 Last week we saw the cover artwork for one of the future titles published by Tor UK, Mark Charan Newton’s “City of Ruin”. Now we see a number of other Tor UK titles with some amazing cover artworks. First, some of the Neal Asher’s titles will be re-released in October and they benefit from some great covers made by Jon Sullivan. They look really good in my opinion and they are really attractive and have a strong impact on the viewer. 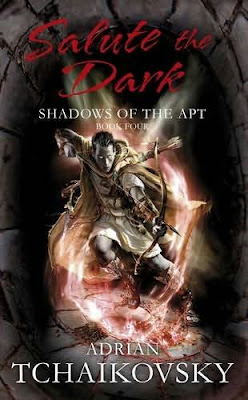 Next is the cover for the fourth novel in the Adrian Tchiakovsky’s series “The Shadow of the Apt”, “Salute the Dark”. I’ll admit that from the four covers of his novels I find this one to be the best so far. It keeps the line of the series, but I believe that it has something extra, with an improvement on the character drawn on the cover. 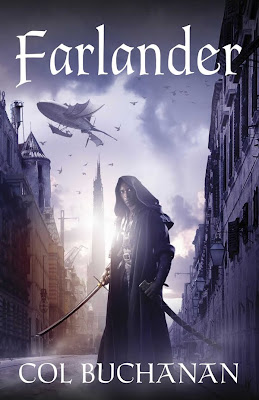 Last, but not least there is the debut novel of Col Buchanan, “Farlander”, which is due to be published in March 2010. Although I am not a big fan of characters on covers I am not reluctant either. If they are good and I feel an attraction toward the cover artwork I won’t deny their value. So is the case here a powerful image that with certainty makes me curious about the new author and his debut novel. The artwork for “Farlander” is made by Steve Stone.
Posted by Mihai A. at 1:13 PM

The cover on the copy of Cowl that I have gives NO visual representation of the titular monster. That ambiguity and some great copy on the back of the book were enough for me to declare Neal Asher as a favorite writer of mine even before I read a single novel. I have a 1/2 dozen of his novels on my shelf now waiting to be read. THIS cover would not have held any interest for me. Taking the impossibly alien and imagining it as a bug sort of feels like putting a black and white photograph of a giant squid on Call of Cuthulu... which I have also not read. I may very well be a useless windbag today.

Farlander looks pretty nice! I like characters when they aren't really defined characters. In the case of Farlander it looks like you still have a lot of room to elaborate on the character.

Steven, I understand you :)
I didn't get the chance to read any of Neal Asher's novels, yet. However, I have to admit that I like this cover for "Cowl" more. And I am speaking from the perspective of a buyer went into a library. Comparing it with the other two covers I know of, the first edition from Tor UK and the Tor US one, I still go with this one. I like a more simple cover, for instance those from Joe Abercrombie's novels, but I find the one from Tor UK first edition too ambiguous in this instance :)

Cindy, as long as I can build further on the character in my imagination it works for me. "Farlander" is one this and I liked it a lot. Especially since it made me interested in a new author and his debut novel. I just wait to see what is between the covers :)

Mentatjack you probably have not read the COwl or have forgotten it as this is a scene from the book The creature on the cover is not cowl it is called wasp in the book.great book one of my favourite Ashers

Aspoiu, they are a bit colorful, but I like them nonetheless. And the buyer in me would pick them up in a library :)

Anonymous, you made me even more curious. I'll pick these books up after they are re-released :)