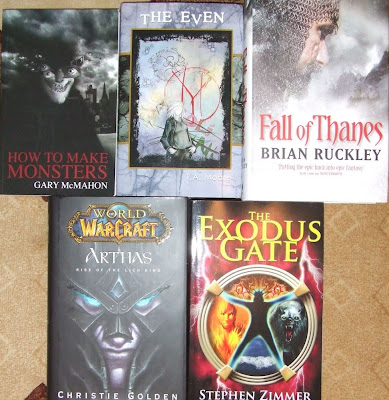 Ooo! Can't wait to see what you have to say about Fall of Thanes!

Glad to see that you've got them and really hope you enjoy them Mihai!

BLOODHEIR and FALL OF THANES are on my shelf. Need to read them soon. And of course I'm really interested in your thoughts about FALL OF THANES.

Daya & Michael, I'll read "Fall of Thanes" pretty soon because I am eagerly waiting to see how this series is ending :)

Mark, thank you very much for the lovely books :)