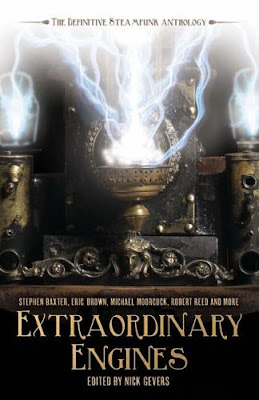 Sounds like a decent collection from some great writers. I've loved steampunk ever since discovering James Blaylock,.

Indeed a decent collection. Although isn't my top favorite I still enjoy to read it :)

i wanted to read it when i saw it but now...i don`t know, i have second thoughts...anyway the cover looks interesting :)and if i could i guess i would bought it only because Jeff has a story there;)

Kyo, indeed is an interesting cover. As for Jeff VandeMeer's story, although it is interesting I personally liked two others more :)

hey...the solaris editors saw your review;)
here is the link :

Thank you very much, Kyo :)