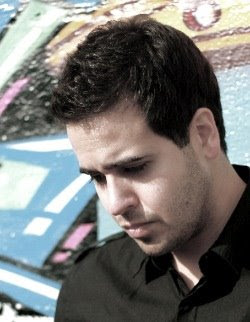 Mark Charan Newton made his debut in 2008 with the fantasy novel "The Reef", published by Pendragon Press. This year, on 5th of June, TOR UK published his second novel, "Nights of Villjamur", the first one in his fantasy series, "Legends of the Red Sun". I recently read and review "Nights of Villjamur", a novel that I enjoyed a lot, and now I had the chance to make an interview with Mark Charan Newton. 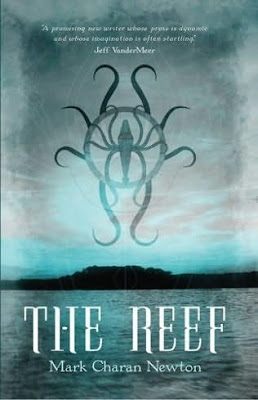 Dark Wolf: Mark, thank you very much for the opportunity of this interview.
Every child has a dream about his adult life field of work. Did you dream of becoming a writer? How did your love affair with the speculative fiction start?
Mark Charan Newton: Actually I had no idea I wanted to write until a few years ago, and I came reasonably late to the genre compared to many. I read the odd fantasy novel in my teens, but at the time was more interested in mainstream fiction. I really buried myself in SFF after I began working in a bookstore, and then I devoured book after book…
Dark Wolf: You have a great passion for music too. Does your passion for music and books influence each other? Does the music play a role on your writing?
Mark Charan Newton: Not so much an influence – when I read, I can’t listen to anything in the background. But when I write, I definitely get some energy from whatever I’m listening to at the time. I like to listen to other things during the re-writes though, to make sure that the mood from a scene wasn’t only in my head because of the music. Essentially, they’re different passions, but both major ones.
Dark Wolf: You have a degree in Environmental Science, but you work as an assistant editor for Solaris Books. How did this come to happen? What involves the work in a publishing house such as Solaris Books?
Mark Charan Newton: I haven’t worked as editor for Solaris for some time – I work for the Black Library, behind the scenes there, which is huge fun. I ended up in publishing via the now redundant Black Flame imprint (media tie-ins), but again before that, as I mentioned earlier, I worked in bookselling. I was actually scheduled to start a Masters Degree, and had dreams of becoming an ethnobotanist, believe it or not, but ended up loving the book industry so much, I never left.
DW: Did your experience in the publishing industry help you on your writings? How about the other way around?
MCN: I don’t think it could ever help my writing in terms of technique, but I certainly realised the realities of publishing pretty quickly, the things that do and don’t matter in the wider picture. You’d be surprised how much cover art can make a book successful.
If anything, I was reading so much at work, it made reading and writing at home more difficult. There were too many words in a day!
DW: Your novels were published by different publishing houses. If they were published by Solaris Books would it have been a conflict of interests? Did you try to send one of your manuscripts to Solaris Books?
MCN: Never. That’s vanity-publishing, for which I have no respect. It was never a consideration – and beside, my agent has full control over where the manuscript was sent. I’m aware that nepotism exists within any industry, but earned my rejection slips like every other writer, went through the frustrations, and did things the honourable way. I would not have felt it an achievement in any other way.
And it’s not so much a case of choosing a publishing house; they choose you, and I’m now very much bound to Pan Macmillan for all my novels.
DW: You made your debut with the fantasy stand-alone novel “The Reef” published by an independent publisher, Pendragon Press. For those unfamiliar with this novel can you tell them something about it?
MCN: I’m not all that keen on discussing this book simply because it’s unavailable now – few people can ever read it! It was a very low print run book, just a few hundred printed. But essentially it was a tropical island fantasy, inspired by writers such as Hemingway. It’s not connected to “Nights of Villjamur”, although it shares one of the races.
DW: How was your debut novel received? Would you try in the future to bring it to a wider audience?
MCN: There was understandably a much quieter reaction to the hubbub now. But no, I’m not so sure, I wrote it a few years ago, and I’m focused totally on the new series.
DW: For those familiar with the on-line fantasy community you are a known presence. Your second novel “Nights of Villjamur” produced a hype around the same community. Did your constant presence in the fantasy blogging community help you get the word out about your novel more easily? How important is this community for a new author or a new novel release?
MCN: I wasn’t aware I had much of a presence! I chip in online because I’m a fan, and still do, but there’s no way anyone can really engineer a reaction. I’ve been in contact with bloggers before, but reviewers can contact me just as easily through my website – I suppose one thing is that I’ve made myself available. Generally people have approached me about it; this was a conscious decision, because forcing your work on anyone is just not cool.
In terms of getting the word out – you know, there’s really very little an author can do. It’s a fairly democratic network online and I’ve been very, very lucky. I read the reaction, but don’t want to get involved – that way lies madness, so I’ll watch from a safe distance!
The vast community that has sprung up online over the last couple of years is hugely important to the genre: bloggers and new reviewers expressing their opinion takes away influence from the few sites and magazines who once could control the debate. Now readers have more control over things. It’s more democratic, so that can only be a good thing, right? 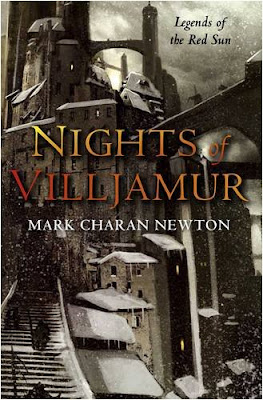 Thanks for the interview! I haven't gotten a chance to look into his new book with my huge pile of to reads. But if it ever makes its way to the US I will make room for it :)

Thank you, Cindy. The novel will be published in the US by Del Rey. I don't know exactly the date :)

I really enjoyed these insights. Tell Mark thank you! The book sounds like an interesting read outside my usual comfort zone, and its always interviews or meet ups in real life that get me venturing out of it. Congrats!

Great interview as always and I lvoed the book.

Great interview! Nights of Villjamur is awesome. Can't wait toread the next book.

Terry, the interviews always offer an insight into the work of an author :)

Adele, thank you very much. It is a very good book ;)

Michael, thank you very much. I am waiting for the next books in the series too :)

Great interview. Charan seems like a very open guy. Now to wait for the US release.

Another fantastic interview, Mihai. I have placed this book on my TBR list.

Mad Hatter, thank you. Mark is a very nice guy and it is a pleasure to work with him :)

Barbara, thank you very much. I hope you'll read it soon :)