"Falling Off the World" by Tim Lebbon 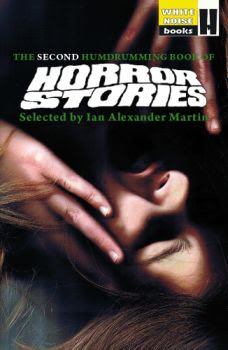 At the Fantasy Book Spot you can find a Tim Lebbon's story, "Falling Off the World". The story is one the stories that will be published in the forthcoming anthology "The Second Humdrumming Book of Horror Stories" selected by Ian Alexander Martin and published by Humdrumming.
The story pictures the journey of a girl, Holly, that accidentally (or not?) gets wrapped in a balloon rope and that balloon flies loose. Now, I have to start by saying that the story is a strange one, but it leaves you thinking nonetheless. The story is like reading a strange adaptation of the scene from "The Wizard of Oz" when Dorothy is taken by the tornado, Dorothy being replaced here by Holly and the tornado by the balloon. The story made me think at the one of the most common dreams of humans, falling dreams and at one of the greatest fears of humans, the fear of heights. Also, the title made me think of death, falling off the world may be synonymous with death, or with the disappearance from the face of the planet.
I liked the beginning of the story, well made, with sensation of motion very realistic and very well created. I also liked a quote that pictures the night like a blackboard where the events of the upcoming day will be written:
"Lying in bed at home, clouds covering the sky, streetlights turning off at midnight, she had always imagined darkness to be a blanked canvas of history upon which the new day could be drawn."
Even though the story is strange and I didn't get all of it, it made me curious about other Tim Lebbon's works and about the other stories that will be gathered in "The Second Humdrumming Book of Horror Stories".
Posted by Mihai A. at 1:03 PM

I wait to see your opinion about it :)