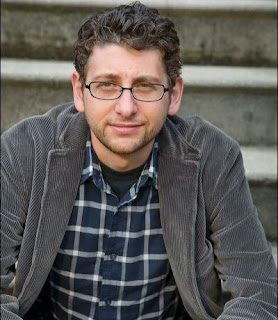 Slums of the Shire
by Daniel Polansky

Occasionally you'll be with a group of people and they'll get to talking about their favorite historical epochs, nostalgic for lives they never led. One person will talk up their childhood love of the Wild West, another reveal a penchant for Victorian England. This last one just has a thing for corsets, but it's better not to call them on it.

When my turn rolls round I take a sip of whatever we're drinking and look at my shoes. “The mid 90's were pretty good,” I say lamely. “Slower internet and everything, but at least we had penicillin.”

Perhaps it's my being a history buff, but the past sucked. For about a millennium and a half after the fall of the Roman Empire, Europe just seems like a real shit place to reside. Lots of rooting in filth until you die at thirty a half mile from where you born. Nominally the nobles had it better, but still, your fever would have been treated with the application of leaches and your pretty young bride had like a one in two chance of surviving child birth.

This probably is why I don't understand fantasy—that is to say that collection of high medieval tropes collected by Tolkien and gleefully reproduced by two generations of descendants.

Take elves for instance—though perfectly capable of imagining a world where higher intelligence evolved in a species separate from humanity, my powers of make believe fail when positing that the relation between said species would be anything beyond unceasing warfare. Even a cursory glance at human history reveals our collective willingness to commit genocide on fellow homo sapiens—how much quicker would we have been to eradicate a separate species competing for identical resources? If elves existed, our ancestors would have hunted them down to extinction and erected a monument to the accomplishment.

Even when nestled comfortably in a quest to kill a dragon or overthrow a dark lord or what have you, strange thoughts plague me. What does the shady side of Gondor look like? How many platinum coins would a dime bag set me back? What is the point of hobbits? They're just short, fat people. People are plenty fat as it is.

Low Town is sort of my attempt to answer some of those questions (not the last one). It's the story of the Warden, a former intelligence agent and current drug dealer, whose gradual slide into self-destruction is briefly checked by the discovery of a dead body in the neighborhood he runs. An ill-timed bout of conscience rattles the easy cage of venality he's built for himself, and leads him on a collision course with the life he'd left behind. The Warden is a guy trying to survive the next few days, and not particularly squeamish as to what that requires—the sort of person more likely to populate a classic crime novel than to be found stocking the fantasy section of your local Borders (RIP).

More broadly, Low Town is an attempt to meld the best aspects of noir with a low fantasy setting—a meeting of tastes which I think complement each other nicely. The spare language and fast pace of good noir offers a pleasant counterpoint to the sprawling—one might even say bloated—length of much modern fantasy. On a somewhat broader level, the tendency of fantasy to focus on world shaking events often renders it irrelevant to the average reader, whose life relatively rarely devolves into single combat against vaguely satanic analogs. By contrast, noir is concerned with the individual, with greed and lust, sins all of us can comprehend to some degree. Low Town centers on the conceit that a world with magic wouldn't be altogether different from a world without it. People are still (on the whole) selfish, stupid creatures, focused almost exclusively on the immediate satisfaction of their basic desires, only now some of them can shoot fire out of their hands.

That's the idea at least. It comes out today (August 16th) in the US and Canada, and on Thursday (August 18th) in the UK and Commonwealth. I hope you check it out and see if I've succeeded, or if I'm just a pretentious clown. Or both.
Posted by Mihai A. at 1:00 PM