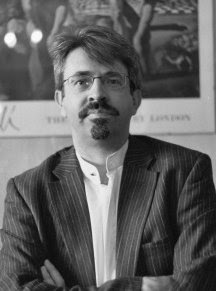 The Same – But Different
by Jasper Kent

It’s an answer that many an author must have heard. And the question? It comes after a novel has done reasonably well; a question that every author asks his (or her) editor: What next? The answer – the same, but different – is not plucked from the air. It’s a reflection of the views of the readership. If they wanted exactly the same, they could just read the book again. On the other hand, given that they liked the first book, what interest would they have in something totally different?

The author turns away, his lips intoning the counter-question: How different? He rarely bothers to ask the editor; the answer is obvious: Just different enough.

I think I err more towards the different than the same. As the name suggests, there will be five books in The Danilov Quintet, the last separated from the first by 105 years. If at the end things weren’t different from the beginning, then history would be failing in its duty. But if nothing remained the same, history would be unfathomable.

Just now we’re at the half-way point. From today you can (and should) buy the middle book of the series – The Third Section – and when you hit page 237 (out of 474) you will, in some sense, be exactly at the middle. Temporally, you’ll be a little earlier; 43 years from the beginning, 62 from the end. By the end of the book a conception and a death will have marked the true midpoint for the Danilov family. The first two books had one hero – the last two will have another.

The Third Section has a heroine.

Tamara Valentinovna Komarova, the central character of The Third Section, is the same, and is different. She has the same love of her country as Aleksei Ivanovich Danilov; the same faith towards her friends – often misplaced; the same cunning; the same hatred of the voordalak. But, unlike Aleksei Ivanovich, she is a woman – a woman in imperial Russia. She cannot rely on her physical strength, or even upon the respect of her fellow Russians. To defeat, or even survive, the enemy that Aleksei once faced; she can only fall back on her wits, her beauty and her guile. The problems she faces are the same – or at least similar; her solutions to them are quite, quite new.

Vive, as they must surely say in Russia, la différence. 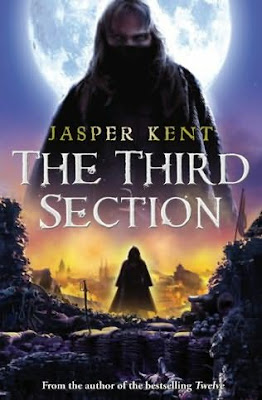 Hmmm... I hope that when I get asked this question it will be an easy answer :)

I really enjoyed the first 2 books in the series, and I can't wait to read the 3rd!

Michael, I don't think that it has an easy answer :)

Redhead, I am eagerly looking forward to "The Third Section" too :)