In the news - Tim Lebbon 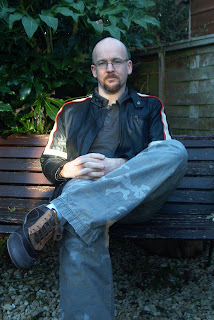 In the last couple of years Tim Lebbon is one of the authors that I found with pleasure among my readings and if he continues in this direction he will become one of my favorite writers. The signs seem to point that way, especially with the latest news regarding Tim Lebbon.
Orbit Books UK announces on its website that the publishing house has acquired two new novels of Tim Lebbon. These are new dark fantasy stand-alone novels that are scheduled to be released in the UK and Commonwealth in Summer 2011 and Spring 2012. The first novel is entitled “Echo City Falls” and has a blurb that promises a few very interesting things:
It hides below Echo City, a threat that has been growing over generations deep beneath the streets. The corrupt wheels of commerce, the murky cycles of political rise and fall and the rivalries of religious and military sects have intersected efficiently over the ages, filling specialised niches in a rigidly organised society. But this is about to change. As darkness stirs in the depths, a stranger arrives from across the desert that isolates Echo City from the rest of the world. Watchers have long whispered of the destruction of their city and search for something that will keep them from it. Madmen and spirits of the dead have foretold disaster and looked for a saviour. But no one expected either in this lifetime.
Labyrinthine, steeped in violent history and hiding horrors far below, the city starts to unravel as the plot gathers momentum to reach a dramatic and compulsive conclusion.
But this doesn’t stop here, Tim Lebbon announces on his site that he also sold other two novels to the new imprint of Constable & Robinson, Corsair. The two titles are horror novels with the first one, “Coldbrook”, due to be published in the UK in Spring 2011. The novel is presented by Tim Lebbon in a few words on his site:
COLDBROOK is my biggest, longest, most ambitious novel to date. It’s an apocalyptic zombie novel with science fictional elements, a tale of the zombie plague and its aftermath in this world and beyond.
I am looking forward to see the new works of Tim Lebbon, although 2010 just started and I am already making lists for 2011 :)
Posted by Mihai A. at 12:21 PM