Title spotlight - "Disciple of the Dog" by R. Scott Bakker 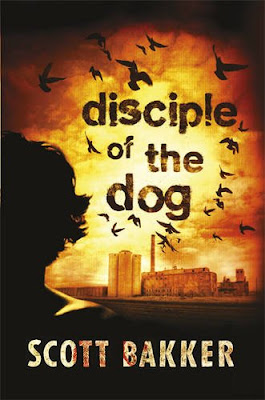 I enjoyed a lot R. Scott Bakker’s “Prince of Nothing” trilogy and I consider it to be among my favorite fantasy series. R. Scott Bakker also published a psychological thriller, “Neuropath”, a novel that I didn’t have the chance to read. It is always interesting to see how an author approaches different genres of literature and if the respective writer can mix successfully elements of these genres. Although I am unable to say how R. Scott Bakker shifted from fantasy to thriller with “Neuropath” we will have another chance in September, when Orion Books will release the new dark thriller of R. Scott Bakker, “Disciple of the Dog”. And besides my interest to see how R. Scott Bakker approaches a thriller I have to say that the synopsis sounds intriguing too, with a more than interesting premise (“imagine being able to remember everything you've ever experienced”), a private investigation and a religious cult.
Imagine being able to remember everything you've ever experienced.
This is the lonely world inhabited by Disciple Manning. He is able to recall every conversation, meeting and feeling he has ever had, making him an extremely dangerous private investigator.
When a young woman disappears, not from her home, but from a religious cult, her parents turn to Manning for help. Manning accepts, but with a chilling sense of foreboding.
Heading into the heart of the cult, he encounters its beguiling leader, obsessed with the idea that the world is a fantastical theatre, in which we merely act out our roles, ignorant of our true existence beyond; a belief he is intent on protecting, at any cost.
Manning's investigation soon leads to clashes with the cult's unsettling belief systems and leaves him fighting for survival and elusive answers, before they are swallowed into a shadowy pool of secrets.
Meanwhile, it's only a matter of time before the missing girl risks being abandoned for ever to the depths of everyone's forgotten memories...
Posted by Mihai A. at 12:04 PM