Back when I started my blog I made a post about my Pile o’ Shame and that post came back to mind (if that isn’t happening every time I look over my bookshelves) when the lovely Amanda, who runs the excellent Floor to Ceiling Books, posted about the books she failed to read. I believe that I always will have a Pile o’ Shame since there are so many books I want to read and not always I can find the time to read all of them. But let’s look a bit at how this list looks at the present.
Since the first edition of Pile o’ Shame I am happy to see that although I did not finish all the books listed there I did start (finally) Steven Erikson’s “Malazan Book of the Fallen” series and I read the first third of “The Silmarillion”. With the perspective of keeping the pace with the planned Tor.com re-read of the Malazan books and with a chapter read once in a while from J.R.R. Tolkien’s title I think that these titles can be taken off the list. 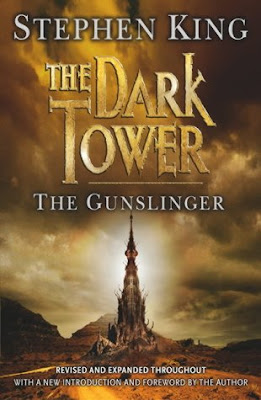 Sadly, Stephen King’s “The Dark Tower” is still on top of my Pile o’ Shame. It is still odd and it amazes me every time I look over it, because as I said Stephen King is one of my favorites, but for some strange reason when I chose a new book to read his novels from “The Dark Tower” series are always skipped. Further on, there are a couple of his novels that although I bought them they ended up unread. Maybe I just need a break from Stephen King or maybe it is just a simple case of neglect. 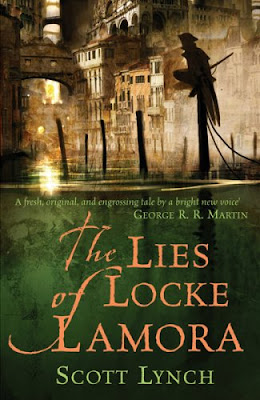 Raving reviews, highly expected sequels and close to hysteria reactions when those sequels were delayed. These things have to say something about Scott Lynch’s “Gentleman Bastard” series, but apparently not to me. I have copies of the novels bought as soon as they were released, but as it happens with some of the titles they are neatly placed on my library. Once again it is very difficult for me to find a reason for not reading these novels, because every time I read about them I wanted to find out why they are gathering so much praise. The reality is that Scott Lynch’s “The Lies of Locke Lamora” and “Red Seas Under Red Skies” are still waiting patiently on my Pile o’ Shame. 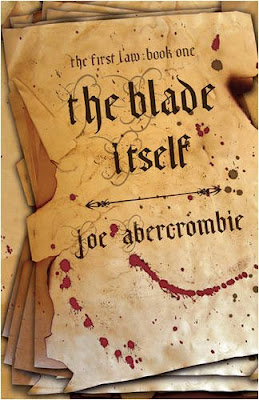 Joe Abercrombie’s novels, the “First Law” trilogy and “Best Served Cold”, sound as the kind of fantasy novels I happily read every time I get a chance. A lot of hype surrounds these titles too, their synopses drew me to the online bookshops for copies of the books and I bought them without hesitation. I assure you that Joe Abercrombie’s books do not gather dust, not because I picked them for a reading but due to the fact that I take care of my library. I am not sure if I can find a reason for not reading Joe Abercrombie’s series either, as I am not sure I can find a reason for every book I own and failed to read. My uncle says that a library is not meant to be read in full, but still. So, the “First Law” books have a place on the top of my Pile o’ Shame next to Stephen King’s “The Dark Tower” and Scott Lynch’s “Gentleman Bastard” series.
I am looking over my Pile o’ Shame and wonder when I’ll pick these novels and read them. I am thinking of making a goal from reading them, but I set such an objective some time ago and failed, to my further shame, to achieve it. Therefore, with a two years distance between the two editions of Pile o’ Shame post, I’ll give this list a two years margin to see what will become of it. No promise that titles will be eliminated from this list though :)
Posted by Mihai A. at 12:30 PM

I also have "Lies..." and "The Dark Tower" they are also unread and never seem that likely to be read.

"The Blade Itself" however, I won in a giveaway years ago, it sat there and taunted me for a while and one day I grabbed it and was quite blown away. For the last 20 or so years I had pretty much given up on fantasy, but this drew me right back in. It was like a good David Gemmel with a much darker tone. The "Bloody Nine" is one of my favourite characters since I discovered Conan nearly 40 years ago.

The Dark Tower is BIG. A lot of pages. A lot of thousands of pages... can be scary. I made sure I read every other King book before I touched DT. This might or might have not been a great idea, but either way, after I started reading I ate and breathed Dark Tower for a few weeks. When you do start reading, have at least book 2 close by. That's when it starts getting great. Oh, and be prepared: you might be one of the people who just don't like DT, despite liking King. I think they're all misguided, but oh well :P

As for the other two books: Scott Lynch is great. The books are fun (and funny), so I'll add my recommendation to the pile. The Blade Itself... I have a feeling this is the book a friend sent me with the message READ IT NOW. I haven't gotten to it because honestly I don't know anything about it (the descriptions I've read were pretty generic) and there's so many OTHER books I want to read before... I'm guessing it's the same for you. I'll report back if I do read it this century :P

I am aghast every time I discover sometime has not bothered with the Dark Tower series. :) It is definitely a huge series--literally. But, that first book does manage to stand on its own fairly well and is probably the diminutive one of the whole series.

I will light a candle in prayer that you find the time to try reading it again some time down the road. :)

bascule, these books tend to remain forgotten, but I really hope I would read them someday. I heard good things about "The Blade Itself" so I have to see what it is about :)

Jen, I am not afraid of Stephen King, although I had a couple of his books that were a bit dissapointing. I really need to read "The Dark Tower" since I do love Stephen King. Scott Lynch's books too or I'll end up with another series un-read :)

Rabid Fox, you come up with another recommendation for this series, so I think that it needs to be read. I really hope I will pick it up eventually. And hopefully sooner than later :)

I have a separate pile of books to read apart from the ARCs I do reviews for. The only way I can get into one of them is to put aside an hour a day to read them, or spend a whole luxurious day with one.

Sometimes when are lives are busy the personally selected books have to wait patiently until we're ready for them. I have four hardcover Robert Jordon Wheel of Time books to get to. When? Some day.

Barbara, the books are piling up almost every day and I wish for every single one I have to be read. Unfortunately, for the moment that it seems to be impossible, but I believe that some day I will read them all. We all have a "some day" it seems :)