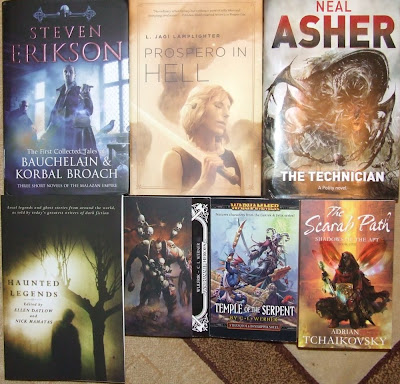 I'd like to have a look at Temple of the Serpent, it's been too long since I've read anything from the Black Library (though I'd love to power through the Time of Legends series). I've seen The Technician around quite a lot lately, but something about the cover art wants to make my shy away from it (it's a bad thing to do, I know).

I read the first novel with Thanquol as main character, "Grey Seer", and it was a lot of fun. I am looking forward to his next adventures in "Temple of the Serpent". As for Neal Asher, I am not familiar with his works, because although I have some of his novels I didn't read any of them. Maybe I should give them a try :)