"The Cabin in the Woods" movie novelization 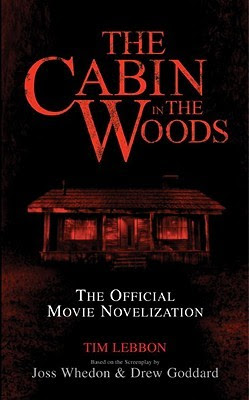 More often than not I am dissapointed by the movie adaptations of the novels I read. But it seems that it is not the same way when it comes to the other way around, a movie turned into a novel. I haven’t read many movie novelizations, but those I read I usually ended up liking them a bit more than the movie. And one of those titles is Tim Lebbon’s movie novelization of “30 Days of Night”. It seems that Tim Lebbon has a new such movie novelization coming up, for “The Cabin in the Woods”.
The Drew Goddard and Joss Whedon movie, “The Cabin in the Woods”, plays with a classic theme of horror movies, a group of teenagers spend a weekend in a mysterious cabin and was due to be released in February 2010, but it is postponed for 2011. The Tim Lebbon’s movie novelization was also scheduled for February 2010, but in the light of release date of the movie being delayed I am not certain about the novel date release. What I am certain is that I will certainly look forward to see the movie and how Tim Lebbon turns it into a novel.
Posted by Mihai A. at 12:28 PM